SecurityKISS VPN Review 2020 - DON'T BUY IT BEFORE YOU READ THIS 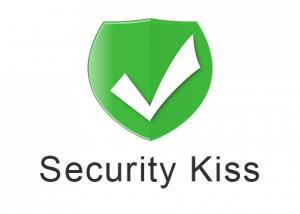 While SecurityKISS is a decent VPN, you can get better quality VPNs at an affordable price. Surfshark, for example, offers premium VPN features for a super low monthly fee — so you don’t have to settle for less.

The Ireland based SecurityKISS has been providing online security, privacy, and freedom services for its users ever since its launch in 2010. To be honest, while researching this provider, we couldn’t give a specific judgement, whether it’s good or bad. Like all VPN providers, SecurityKISS has its ups and downs. For example, being based in Ireland could worry some users as the country has some serious data retention laws. This is why we decided to stay positive and instead of stating the flaws, we’ll just refer to them as room for improvement. As usual we’ll start with the security features and when mentioning security we must mention SecurityKISS’s 128-bit Blowfish encryption with 1024-bit RSA certificates used to secure its entire network of servers. Even though it’s not the most advanced level of encryption, it’s still considered highly durable for the cause. As for security protocols, both OpenVPN and L2TP/IPSec are supported. PPTP used to be supported but was decommissioned in 2014 as it was no longer a reliable protocol. Another very useful security feature that comes with the SecurityKISS client is the kill switch, which is referred to as exclusive tunneling mode.

One of SecurityKISS’s major privacy concerns is its logging policy. Even though it is clearly stated that no browsing information is collected, the policy goes on to stating that some personal information is collected and kept for a maximum of 10 days. On the upside the information collected is not enough to give away the users’ online identity but you can never be too sure. To wrap it up, SecurityKISS is a descent provider with lots of potential. The points that could use some improvement would be to improve connection speeds and implement a more responsive customer support system.

SecurityKISS has 59 servers in 15 countries

Using SecurityKISS all starts from the very easy signing up stage which starts with selecting a suitable plan for you and providing a valid email address. You’ll receive a confirmation email to finalize the process that provides you with a client ID. Now that you’re all hooked up with an account, you can move on to the downloading and installing section which is as swift as the signing up process. If you’re using any of the basic operating systems, for example, Windows, then this part is a piece of cake. It’s exactly like downloading and installing any other basic program.

Now you’re ready to connect to a VPN server and disappear online. SecurityKISS’s interface makes this effortless. No geeky, tech knowledge needed. Everything is just clicks away. Even navigating through the configurations or settings. If we’re just comparing ease of use, SecurityKISS would rate pretty high among its competitors.

Still not sure if SecurityKISS is the right VPN for you? Check out our top recommended VPNs to learn more.