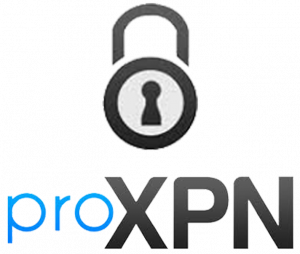 While ProXPN is a decent VPN, you can get better quality VPNs at an affordable price. Surfshark, for example, offers premium VPN features for a super low monthly fee — so you don’t have to settle for less.

proXPN is a small and relatively unknown provider that’s been around since 2009, but despite its limitations, proXPN passes as pretty recent provider within the average spectrum.
Although proXPN uses very powerful encryption keys (2048-bit encryption) to secure your VPN connection and supports OpenVPN protocol, however, they also use 512-bit key for the cipher which can be a liability. Nonetheless, you shouldn’t be worried about any kind of exposure while connected to the Internet, thanks to VPN Guard, a kill switch implemented within Windows and Mac OS proXPN clients. On the sunshine side, proXPN takes good advantage of its location in the Netherlands, unlike some other providers in the same region, and follows a strict no logging policy.
Despite having a small number of servers in only 15 locations, proXPN’s servers are scattered across 4 large continents. However, covering remote locations in Asia, Australia and the Americas comes at the cost of speed, which isn’t a strong point for this provider. Yes, you will be able to access more geo-restricted services even in China, but at low speeds. Further, popular streaming services such as Hulu, Netflix, and BBC iPlayer can’t be accessed with proXPN.
As a premium user, you’ll get more benefits from proXPN such as two protocols (OpenVPN and PPTP), access to all server location, and uncapped speed, P2P/torrenting, customer support as well as VPN for Android and iOS. However, if you stick to their Basic free VPN plan, you won’t get the best out of proXPN like access to their US server and 300kbps speed limit among other restrictions. The company also offers a 30-day money-back guarantee and very good customer support.

proXPN has 65 servers in 15 countries.

proXPN sports standard and very basic software clients for commonly used operating systems with built-in DNS and IP leak protection. Once you’re done with the signing up process, you can download and install the proXPN app on your device. The interface looks out of season and very basic. However, it’s quite intuitive and has a dedicated kill switch “VPN Guard” for torrents and any running programs when connected to proXPN without exposure if the connection drops. There’s also an auto-reconnection option and other configuration options located in the “General” tab. Overall, proXPN’s clients don’t stand out in any way.