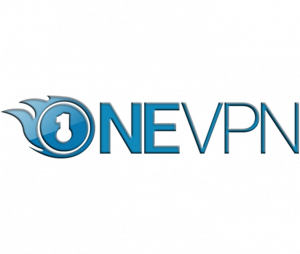 While OneVPN is a decent VPN, you can get better quality VPNs at an affordable price. Surfshark, for example, offers premium VPN features for a super low monthly fee — so you don’t have to settle for less.

OneVPN is a newly born VPN provider that came out of Hong Kong in 2016. Even though it has been in the market for only 2 years, it had a definite beginning and skyrocketed its way up in the industry.

It started off with a very impressive network of servers expanding across the globe to ensure the complete anonymity of its users’ online identity and giving the ability to bypass any geo-blocked content. This network is secured with a 256-bit encryption. OneVPN supports OpenVPN, L2TP, and PPTP VPN security protocols. It also supports Cisco OpenConnect (CSTP) protocol which is a SSL/TLS-based VPN protocol.

There are numerous other features that come with OpenVPN, including a kill switch, NAT firewall, DNS leak protection, malware protection, and several others.

The privacy policy implemented by OneVPN states that it doesn’t keep any logs of its users’ online activity. It does, however, keep some information required to maintain the users’ accounts. Don’t worry, this information is not enough to give away the users’ online identity.

The areas that would need improvement, when it comes to OneVPN, would be to have a more responsive customer support communication channel and to improve its knowledge base. If these points are adjusted, then maybe it won’t be considered a bit pricey.

The signing up process of OneVPN is as easy and straightforward as most of the high-end VPN providers. Just create credentials and choose a payment method. You know the drill. If you need a detailed guide, this can be easily found on the website along with many other guides related to manual configurations and installing and using apps for the different platforms supported.

Once you’re all set up with the account, just download the app and let the automatic installation process take its path. The interface of OneVPN app doesn’t require any high tech knowledge for anyone to be able to navigate through it and use it.

Even the fine-tuning of configurations such as port forwarding is just controlled by a simple click. Cheers to OneVPN for its user-friendly app.

OneVPN might offer a good service at a reasonable price, but does it match up with other top VPNs? We find it hard to say “yes”. To be sure you’re choosing the right VPN for your needs, review this list of top recommended VPNs.