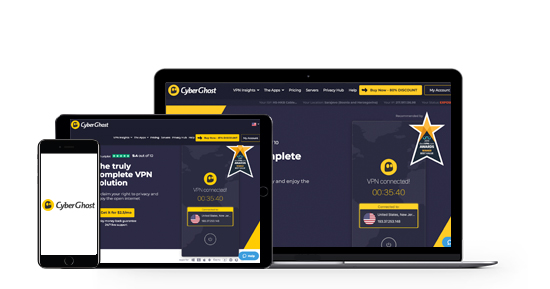 8.5
Good!
Visit PureVPN Website Visit Site
PureVPN is a serviceable VPN, but has trouble competing against the very top VPNs on the market. CyberGhost is a prime example.

At first glance, PureVPN and CyberGhost seem similar in some ways. They both use 256-bit encryption, and both offer OpenVPN, PPTP, and L2TP/IPSec protocols. However, further examination reveals some stark differences, affecting both usability and overall security. More Info

CyberGhost is one of the best VPNs you can use, and few other VPNs can really hold up to it — PureVPN included. Also, in addition to providing some beneficial added features and a simple interface, CyberGhost also has one of the best prices you’ll encounter, plus outstanding customer support.

PureVPN offers average speeds in comparison to other services, and is typically just fine for streaming and large downloads. CyberGhost is faster than PureVPN on both ends, with a sizable advantage when it comes to uploading.

PureVPN provides users with 750+ servers in over 140 countries, which is definitely more locations than many others out there. CyberGhost has under half the countries available, but does offer a ton of different cities, along with more IP addresses overall.

Both PureVPN and CyberGhost have great customer support. CyberGhost has a reputation as one of the best, with an extensive help section on their site that includes everything from guides and FAQs, to announcements and platform-specific how-to’s and troubleshooting. 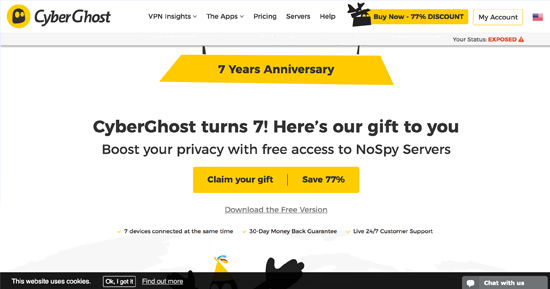 CyberGhost is available for all major platforms, installs quickly, and will automatically connect you to the best server upon your first use. For those wanting a specific country, you can click on “simulated location,” where you’ll gain access to view all locations within your chosen country.

The interface is very easy to navigate, and new users will have no trouble figuring out how everything works. If you are having any issues setting up torrenting servers, or using CyberGhost in a place like China, their live chat team will help walk you through it.

PureVPN is a decent VPN that has no major flaws operationally, but their vagueness about keeping logs is a concern. On the other hand, CyberGhost is faster, unblocks more content, and has a dedicated support team that will do everything they can to help resolve your issues on the spot, no matter how complicated your situation is. Add to that one of the best prices for any VPN, and you can see why CyberGhost is the clear winner. More Info
OR 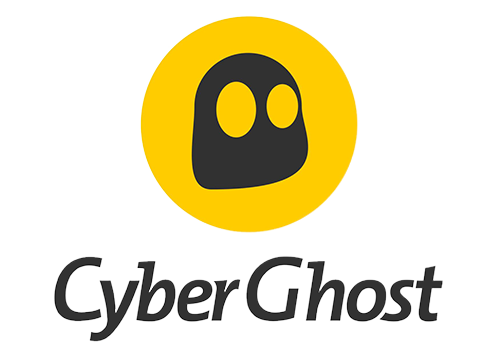