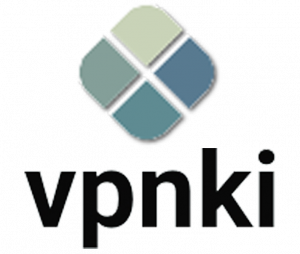 VPN Ki claims to combine several VPN connections to form a single network. It was completely free earlier. But from April 2018, they have started charging for their services.

While they were restricted to PPTP earlier, they have now added other protocols including L2TP/IPSec, and OpenVPN. So while you’ll have to pay for their services, you’ll also get better protocol options.

Their services have been made paid now, but they still offer a free trial for 14 days. The speeds will be limited to 1MBps, and there will be no dedicated customer support. However, you can get support through their forums.

They have 3 paid plans – Devices, Video, and HD. The difference mainly lies in the speeds of the connections. There are speed caps on all plans and the maximum speed you can get it 5MBps on the HD plan – not very fast.

Their plans are given in Rubles and are pretty cheap. You can get the HD pack for just 200 rubles, which is roughly $3.25.

VPN Ki can be installed on a number of platforms including Windows, Mac, iOS, Android, Linux, and routers. While they don’t have any custom apps, you can manually configure it on your device. If you’re an experienced VPN user, this will be easy for you.

If you’re looking for support, you can check their forums. And if you don’t find an answer there, you can use their online form to submit a ticket. However, they aren’t very quick to reply.

VPN Ki has 2 servers in 2 countries.

VPN Ki can be configured on Windows, Mac, iOS, Android, Linux, and routers. Once you register on their website and make the payment, you’ll get the configuration details.

To help you with manual configuration, they’ve given step-by-step instructions on their website along with screenshots. However, the screenshots are in Russian, which makes them a little difficult to understand.

If you want to get the best security, you should download the configuration files for OpenVPN. Since OpenVPN is the most secure, your traffic cannot be decrypted easily.

VPN Ki offers several pricing plans, but all of them are slow. Their speeds are capped, and you cannot get high speeds even on the HD plan, which is supposedly made to stream HD videos.