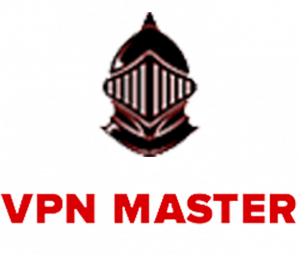 This US-based company promises to deliver the fastest speeds in the industry with military grade security. It also promises to unlock any site, which sounds great as long as you can get the VPN to work.
The VPN offers excellent levels of security with 128-bit encryption and some of the best customer service we have experienced, at least in terms of accessibility and reply times. Customer support can be reached through email, ticket system, by phone (US toll free number) and live chat.
VPNMaster’s features include unlimited bandwidth, three different subscription packages, servers across 14 countries, 24-hour money back guarantee, an OpenVPN option, and 24/7 live customer support. However, Live Chat isn’t always available on the website.
VPNMaster can be used on Windows, Android, Mac, iOS, and Linux, but you need to install it manually, so it’s not a good option for those who are not tech savvy. You might also have trouble connecting via PPTP.
VPNMaster requires a lot of knowledge about VPNs, as you have to configure it yourself. While it does provide good security and encryption, there are other VPNs that are easier to use and offer more.

The OpenVPN connection is very fast and provides enough speed to stream, surf, and download with no noticeable difference in speed.

VPNMaster has 28 servers in 14 countries

VPNMaster states that it offers the fastest speeds, complete anonymity, and the ability to unblock any site with instant set up. Unfortunately, setting up the VPN and configuring it is a lot more difficult than we would like. We tested VPNMaster on Windows 10, and the results were not positive.
Our first attempt at set up was unsuccessful, although the guide was followed to the letter. A wonderful customer service representative provided step by step instructions specific to Windows 10, but was unsuccessful in setting up the VPN. The whole process was repeated again once the firewall and anti-virus software where turned off. Again, no connection.
Several messages to customer support (via the ticket system) later, and the advice was to try OpenVPN. We were able to get a connection through OpenVPN, but were unable to choose or change servers, or even see where this could be achieved. Several messages to customer services later and we were still none the wiser.
The concern was sent further up the chain, and the instructions for the PPTP connection were sent back to us in step by step picture, but still no luck.
What we can say is that the connection we did get via a Polish server was stable, speeds were great, but we were unable to unblock any geo-restricted content from this server. This could be the greatest VPN ever, but lack of connection makes it impossible to tell.

In terms of speed of reply and willingness to engage with the problem, the customer service team at VPNMaster is excellent. Replies via Live Messenger are received in seconds, and the ticket system replies are generally received within a few hours.
The FAQ page is very limited in its scope and there is no community or forum-based support available. The FAQs page disappears sometimes with a message saying the page was no longer available. Although clearing cookies and cache does sort out the problem, it is frustrating to do so each time.

VPNMaster offers three levels of subscription that differ only in the length of the subscription term – monthly, 3-months, and yearly. Prices for the service are reasonable, and a yearly subscription can be purchased for the equivalent of less than $4 a month.
VPNMaster accepts credit and debit cards, PayPal and Discover Network as payment methods.
Cancellation must be requested through the VPNMaster billing portal. Cancellations must be requested within 24-hours for full refunds to be provided. If you pay through PayPal then a recurring payment will have been set up during registration. It is a good idea to cancel this directly through PayPal once you completed the cancelation process. Check with your payment provider for other payment methods.

VPNMaster might offer a good service at a reasonable price, but does it match up with other top VPNs? We find it hard to say “yes”. To be sure you’re choosing the right VPN for your needs, review this list of top recommended VPNs.