SunVPN Review 2020 - DON'T BUY IT BEFORE YOU READ THIS 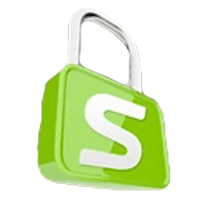 Launched in 2010, SunVPN, as the name suggests, is a very jolly VPN provider run by a team of enthusiasts with 20 years experience in the IT industry. SunVPN aims to make it easy for users by providing uncomplicated and highly encrypted VPN apps for prevalent operating systems and devices.
SunVPN uses 128-bit up to 1024-bit encryption (depending on your membership) and supports OpenVPN, L2TP/IPSec, and PPTP. SunVPN stands out with its Stealth VPN feature in which you can tunnel SSL over your OpenVPN connection to act as a double VPN. Sadly though, the company hasn’t implemented a kill switch, yet.
Despite its small server network, SunVPN takes pride in its ability to bypass notorious firewalls such as those in China, UAE, Qatar, Oman, Kuwait, and Saudi Arabia. So, if you’re planning a holiday soon, with the company’s unlimited bandwidth policy, you don’t have to worry about using VoIP apps like Skype in those countries with SunVPN. The downside is that P2P isn’t permitted on any server and that you’re only allowed a maximum of 2 simultaneous connections or you’ll be banned by the company, if you use your connection on more devices that what you signed up for.
Another pickle with SunVPN is its location in the United States, which is infamous for its Internet surveillance and data retention laws as member of the five-eye countries. On that account, your privacy may not be taken very seriously by SunVPN since they’re known for keeping logs and they’re transparent about it. On the other hand, support is only available through email and a ticketing system (practically the same thing). As for payments, you can subscribe via credit cards or Paypal. SunVPN also offers 100% 30 days money-back guarantee.

SunVPN has 10 servers in 8 countries.

Just like most things with SunVPN are palmy days, their VPN clients for supported operating systems are no exception. The SunVPN application for Windows is very user-friendly and equally easy to use, especially for VPN beginners and non-tech savvy users. The installation and setup are quick as a beam of light, the interface is extremely simple, intuitive, and requires no heavy lifting, just “plug and play”. The connection is also very stable and reliable, so you can sit back and relax while it does all the security work for you.