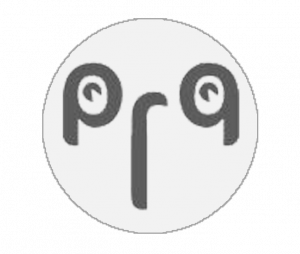 While PRQ is a decent VPN, you can get better quality VPNs at an affordable price. Surfshark, for example, offers premium VPN features for a super low monthly fee — so you don’t have to settle for less.

It’s still an unsolved mystery how a Swedish provider like PRQ VPN is still in business since 2004 and competing with bigger names like NordVPN or ExpressVPN with its severely limited features, one server location (Sweden), and a measly website.
One good thing about PRQ VPN is that good for online privacy and anonymity owing to its location in Sweden, a country where data retention laws are done for. For this reason, PRQ VPN takes pride in keeping no activity logs whatsoever (except for connection logs) and brave enough to host controversial websites.
Even though PRQ VPN is a below average and very basic provider, it uses strong AES 256-bit encryption and supports OpenVPN only for being the most secure. On the other hand, it doesn’t have a kill switch and when we asked if they have DNS and IP leak protection, they didn’t know what that was. Awkward? Definitely.
PRQ VPN offers dedicated IP addresses hosted on your own DNS servers in Sweden only with limited bandwidth. So, if you’re planning on travelling to Sweden soon, PRQ VPN is good suggestion for casual use. Despite not having its own app, PRQ VPN can be manually installed on several platforms and devices such as Windows, Mac OS, iOS, Linux, Windows phones, and Raspberry Pi.
PRQ VPN accepts a wide range of payments including Bitcoin and support is available through email only and although the support team isn’t very friendly, they managed to answer our questions within a couple of hours.

PRQ VPN has an unknown number of servers in 1 country and 8000 IP addresses.

There isn’t much to say here as one would expect from a fossil provider like PRQ VPN. As you’ve probably guessed, PRQ VPN doesn’t have its own software client for any of the platforms it supports. The only way to connect to it is through manual configuration which can be up for grabs and wheels within wheels for non tech-savvy users that aren’t on the ball with different VPN protocol setups.

Still not sure if PRQ VPN is the right VPN for you? Check out our top recommended VPNs to learn more.