Private WiFi Review 2021: Before You Buy, Is It Worth It? 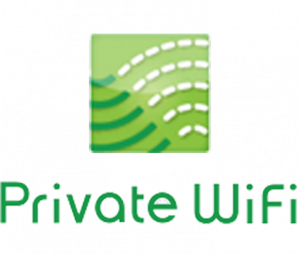 If you’re in a cafe or hotel and looking for a basic VPN to secure your data over public networks, Private WiFi VPN will get the job done. A mediocre at best, Private WiFi is a small VPN from the United States that’s been around for almost a decade. As the name suggests, it’s mainly used by casual VPN users to protect their information while connected to public WiFi networks and hotspots. It doesn’t offer colossal features and sophisticated encryption levels, and we don’t expect much from it. It does, however, provide good bank-level 128-bit encryption through OpenVPN and PPTP. It doesn’t have a kill switch, DNS leak protection, or a double VPN. It doesn’t even deliver a seamless performance at blazing speeds. On the contrary, it slows down your connection speed, so don’t think about online streaming with this VPN. For these reasons, we would recommend it as an emergency alternative to be used in dire situations, especially since it offers unlimited bandwidth, unlimited speed, pay as you go packages, a free trial, and money-back guarantee.

Signing up to Private WiFi VPN is a piece of cake and so is the installation process. Just click on the “download” button and the app will be downloaded and set up on your system within a few moments. The Windows client is well-designed, simple, and intuitive. Nothing stands out with the interface, but we didn’t have a good time with this VPN anyway. The app behaves erratically and slows down the internet connection. We were automatically connected to a server in Turkey as an optimal suggestion, but we couldn’t even connect to it. Later on, we tried a server in France and it went well for a few minutes, but then the connection dropped. In a nutshell, the app looks good, but doesn’t perform well.