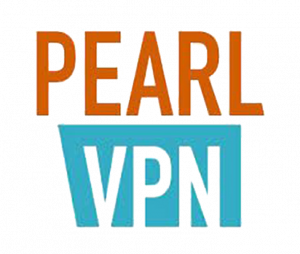 Pearl VPN is a new player in the VPN market (since the beginning of 2018) and still has some way to go in terms of matching some of the basic offerings of more established VPNs. Pearl VPN evidently strives for simplicity, but currently, things are a little too simple.
The fact that this VPN is based in the United States (a Five Eyes nation) may make some potential users a little more apprehensive.
Pearl VPN does have some bright spots to build off. They have a decent server network in locations including Australia, the UK, and Vietnam, plus multiple servers in the USA. For now, at least, their speeds are above average.
Security is basic yet adequate with Pearl VPN. You get 256-bit encryption, with OpenVPN, IPSec, and PPTP protocols. The company does not keep any logs but does store your personal information when subscribing.
Pearl VPN is not a good choice if you’re trying to access geo-blocked content. It can work for BBC iPlayer, but not Netflix or Hulu.
As of now, and with their current pricing structure, Pearl VPN is not highly recommended unless you particularly like the idea of a simple VPN solely for browsing. We recommend holding off until the company makes their product a little stronger.

Pearl VPN has 33 servers in 25 countries and 33 IP addresses/locations.

Pearl VPN is easy to install and get running if you’re using OSX or Windows.
It’s easy to choose a server, and the intuitive map is responsive and quick to switch server. If you like simple VPNs with little customization, you’ll appreciate this.
Customer support is sorely lacking at this time. There are some setup guides on the site for some protocols, but there is currently no live chat, and support can only be accessed via the contact form on their website. It can take days to get a response.