NetflixVPN Review 2021: Before You Buy, Is It Worth It? 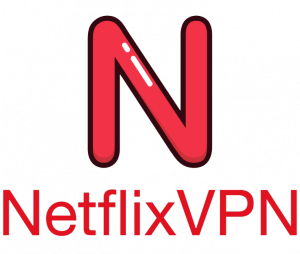 As the name suggests, NetflixVPN is a VPN specifically designed for unblocking Netflix. It only has a small number of servers but each of them is able to easily bypass the geo-restrictions put in place by the largest streaming service in the world.

These days it’s getting a lot harder for smaller VPNs to keep up with the ever changing security systems Netflix puts in place, mostly because they don’t have enough manpower or resources to combat them. With that in mind, what NetflixVPN has been able to achieve is nothing short of impressive.

The biggest downside to this provider is its installation process, as it’s not beginner friendly and requires some technical know how. After choosing your plan for this VPN, you’ll need to visit their “Tutorials” page in order to set it up on your device. For those with a bit of experience in VPNs, it’s not too complicated to understand and the pictures they have accompanying the steps are quite helpful. However, this process could seem daunting to anybody unfamiliar with VPNs and their installation.

This VPN supports most protocols such as PPTP, L2TP/IPsec, OpenVPN, SSTP, and IKEV2, and is available on various platforms. They don’t limit your bandwidth, speed, or amount of times you want to switch between servers, meaning that you’ll be able to stream your favorite shows without any interruptions no matter where you are.

Finally, while this VPN does have some basic security features, it’s by no means as robust as we would like. If security and privacy are important to you then we can’t recommend this VPN as it isn’t focused in these areas. A great alternative to NetflixVPN is ExpressVPN as not only can it consistently unblock Netflix, but it also has some of the most elite encryption and security services available on today’s market.

NetflixVPN has 17 servers in 16 countries.

NetflixVPN isn’t fantastic when it comes to user experience, especially if you’re a VPN amateur due to the fact that it’s mildly complicated to set up. Even with some experience, it can take anywhere between 10 to 20 minutes to configure the settings.

Switching between servers is also more complicated as you’ll either need to install several versions of the VPN for each location you wish to be connected to, or you’ll have to visit the members’ page to copy a new server address each time you want to change your IP.

The VPN itself isn’t very intuitive and requires tutorials and help from their 24/7 customer support team particularly in the beginning, so we can’t suggest it to anyone unfamiliar with VPNs as there are much simpler services out there.