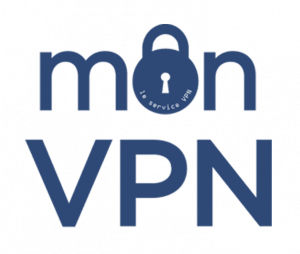 Not many Internet users have heard of monVPN, and that’s too bad. This small, obscure Seychelles-based provider deserves a pat on the back and more recognition. In our review, we’re going to shed some light on the most prominent features offered by monVPN. Keep on reading.

For starters, monVPN provides solid and advanced security levels from every angle with 4096-bit encryption and support for a quiver of protocols such as OpenVPN, SSTP, L2TP/IPSec, PPTP, SoftEther, SOCKS5, OpenVPN over Tor, and OpenVPN over XOR. In this way, you will have more than one option to secure your Internet connection while browsing, gaming, or streaming media online.

While monVPN doesn’t have a giant network of servers, the company has its 30 servers pinned in 17 important locations to help you access as many geo-restricted websites and channels as possible. However, it isn’t guaranteed that you’ll always be able to unblock notorious geo-blocked services such as Netflix and BBC iPlayer, but it’s always worth a shot. Good luck!

P2P and torrenting activities are permitted but on specific servers only. One other good thing about monVPN is its support for all major platforms and 5 simultaneous connections with all plans to use the service on more than just one device at the same time.

monVPN offers several plans: weekly, monthly, semi-annually, and annually. It also accepts a wide range of payments including Bitcoin and offers a 7-day money-back guarantee. As for support, it’s pretty solid. We tested their live chat support and the team was very cooperative, informative and they speak English. The one thing we don’t like about monVPN is that it’s mainly in French and the website doesn’t support other languages.

monVPN has 30 servers in 18 countries.

It’s always good to come across a VPN that puts deep felt effort into bringing a well-rounded, highly intuitive, and fully developed software client with a smooth design for various platforms.

Whether you have a Windows or Mac, monVPN software app is very quick to install and even easier to use. The interface is clear, sleek, organized, and loaded with features including a kill switch, DNS leak protection, auto-reconnection, and auto-connection to an unsecured WiFi network.

You can also choose between different protocols and servers from the drop-down menus. Once you’re connected, you’ll be able to see your real IP address and the one given to you by monVPN according to the server you’re connected to. Also, the app also shows the type of encryption of your Internet connection.