Linkideo Review 2020 - DON'T BUY IT BEFORE YOU READ THIS 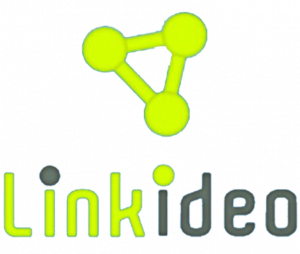 While Linkideo is a decent VPN, you can get better quality VPNs at an affordable price. Surfshark, for example, offers premium VPN features for a super low monthly fee — so you don’t have to settle for less.

Many VPNs choose to operate under a “less is more” mantra. Linkideo takes this idea a bit too far.

Allow us to elaborate — this VPN struggles to provide a full-fledged service that meets today’s standards. A total of 3 server countries and plans with download speeds of 2048 kbps would be considered acceptable back in 2007, when Linkideo launched. Nowadays, not so much.

The bigger issue is the 128-bit encryption. AES256 complemented by a RSA-2048 handshake is today’s definition of “secure” — anything under that is okay to have as an option, but 128-bit PPTP is simply outdated.

On a positive note, Linkideo does offer a so-called “custom anonymous link”. Frankly, we aren’t quite sure what that means, as is the case with “Open VPN full access” and the claim of “unlimited bandwidth” followed by “choose country and pay as you go”.

In other words, this VPN has some serious issues with presenting itself understandably. Here’s what we found out — this “link” is a manual OpenVPN configuration that may or may not be mimicking a dedicated IP service, with no speed limits but a running charge on used bandwidth.

Our advice: look elsewhere. Linkideo in its current state is an overpriced, under performing, and outdated VPN in need of some serious upgrades to be considered worthwhile.

In line with the other aspects of its service, Linkideo doesn’t prove too helpful to the user when it comes to setup.

Configuration is a one-man show, and you’re the star. Configuring Linkideo on your device is actually a great way to test your skills and knowledge on VPNs — mainly because there are no guides available.

The only source of useful information is the user portal, where you can get your config files and check server status. Communication with support happens via email, but fair warning — it’s not fast.

Linkideo might offer a good service at a reasonable price, but does it match up with other top VPNs? We find it hard to say “yes”. To be sure you’re choosing the right VPN for your needs, review this list of top recommended VPNs.