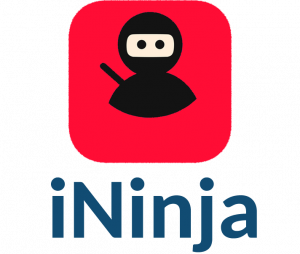 While iNinja is a decent VPN, you can get better quality VPNs at an affordable price. Surfshark, for example, offers premium VPN features for a super low monthly fee — so you don’t have to settle for less.

iNinja, a VPN service offered by the United Kingdom-based iNinja Ltd, is a free VPN extension for Chrome. One of the newest providers on the VPN scene, the service launched in 2017 and provides some attractive features for those who use the Chrome browser, such as servers in the United States and the UK, unlimited speeds, and Wi-Fi protection. And most of all, it’s free. While iNinja is free and easy-to-use, it doesn’t necessarily match up to several other providers. This VPN provider is known to keep logs about users’ browsing activities, and it seriously lacks the number of servers and server locations compared to other VPN providers. There is a limited number of servers across only eight countries, such as the United States, the United Kingdom, Russia, and the Netherlands. That being said, iNinja does provide 128-bit SSL data encryption, which offers some protection for users, but it’s still a bit on the low end when it comes to security features. Many other VPN providers offer 256-bit encryptions, DoubleVPN, OpenVPN, and kill switches. iNinja also boasts 24/7 customer support, but support is limited to only email. Overall, iNinja may be a good VPN for people who use Chrome and are looking for something free and easy-to-use with unlimited server switching and speed, but who may not need the stronger security offered by other VPN providers.

iNinja has 10 servers in 8 countries.

iNinja is very simple and easy to use. All it really needs is a click of a button to enable the VPN service, and you don’t even need to set up an account. Just download the browser extension from the Chrome web store, then install the add-on by clicking “Add to Chrome.” To use the VPN, just click the App icon and choose the server location you want to connect to. The settings are automatic, so there’s no need for configuration. There have been some instances of iNinja having trouble connecting to servers in other countries, however.