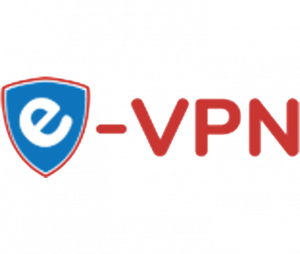 While E-VPN is a decent VPN, you can get better quality VPNs at an affordable price. Surfshark, for example, offers premium VPN features for a super low monthly fee — so you don’t have to settle for less.

E-VPN is a simple yet widely popular VPN service in the UK. For a new company in the industry, E-VPN offers some great security features including military-grade AES 128-bit encryption as well as two different protocols. Better yet, this small player offers a stealth mode which means it can overcome anti-VPN services.
This feature makes it useful for watching shows on BBC iPlayer as well as accessing geo-restricted content in countries like China. To top it off, E-VPN also comes with features like a kill switch, DNS and IPv6 leak protection, NAT firewall, and an ad blocker.
Despite all the above advantages, E-VPN still has its downfalls. The company is UK-based. This means it has to abide by the country’s strict data retention laws. But, you’ll be happy to know that they also have a strict “no logs” policy, so even if they did come under pressure to give personal information, they can’t. After all, no one can share information they don’t have, right?
Another downfall of the service is its lack of servers. E-VPN only has 22 servers in approximately 10 countries across the world. While this isn’t ideal, at least the company focused its attention on acquiring servers in some of the most important countries, which include the UK, the USA, and Australia.
Despite its simplicity, E-VPN offers a robust service for Windows, Mac, Android, and Linux users, especially for a new provider within the industry. As of today, it still has some obstacles to overcome to make it to the top, but we’re confident the service will continue to improve over the next few years.

E-VPN has 22 servers in 10 countries and 60 IP addresses/locations.

Starting an account with E-VPN is straightforward and takes a matter of minutes. All you have to do is input your credentials and payment details, and you’re all set. The interface is basic, making it great for people who have no experience using a VPN.
All apps run OpenVPN by default as this is the recommended protocol. That said, if you’d prefer to switch to L2TP, IKEv2, or PPTP, you’ll have to configure your settings manually which can be challenging for beginners. If this is something you’d like to learn more about, the customer support is very helpful. Despite saying it could take 24 hours, they got back to us within two hours.

E-VPN might offer a good service at a reasonable price, but does it match up with other top VPNs? We find it hard to say “yes”. To be sure you’re choosing the right VPN for your needs, review this list of top recommended VPNs.