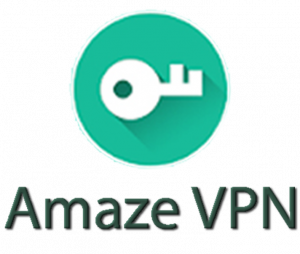 Amaze VPN is a popular VPN solution for Android users. With more than a million downloads, this app has been tried by many users.

Amaze VPN is free and allows unlimited downloads, which is great. However, the app asks for some permissions that shouldn’t be required.

For example, it asks for the permission to make phone calls. Why would a VPN app require that? This is one problem that’s generally present with free VPNs – the intrusion of privacy.

With the free version, you get limited servers. You can subscribe to their VIP plans for faster services and more servers. There are 2 VIP plans – monthly and 6-monthly. Payments can be made by your Google Wallet balance.

The free version has too many ads. It’s difficult to figure out where the Connect button is because the interface is loaded with commercials. Again, if you don’t like ads, you can get the paid version.

However, keep in mind that there are almost zero customer support and the “better” services they promise on their VIP package are not all that better.

You can use Amaze for surfing the Internet, but if you use torrents, you’ll be blocked – that’s what they say on their page. So, it’s best to stay away from torrenting while using their services.

Amaze VPN might have been used by millions, but its services are not impressive. The VPN is sluggish and frequently disconnects – even the paid version.

Amaze VPN has 20 servers in 7 countries.

Amaze VPN is easy to install and use. It can be directly downloaded and installed from the Google Play Store. With over a million downloads, it has a great first impression. However, if you dig deeper, you’ll find that this app isn’t as good as it looks initially.

For starters, it asks for practically all kinds of permissions from your device. This should be a red flag for security-conscious users.

The ads in the app are very annoying. Apart from that, the connection is sluggish, and it disconnects soon. While they claim that their VIP packages are better, they aren’t really.

And there’s no way to get a quick reply from their customer support. You can just email them and hope they reply in a few days.

You can try other VPN providers and get much better and quicker services for just a little bit higher prices.