Use a VPN to watch Eredivisie matches anytime, anywhere

No matter the country, nothing defines Europe more than professional football. From the premiere leagues to the European Championship to the World Cup thrills every four years, it is the sport that best ties the continent together. 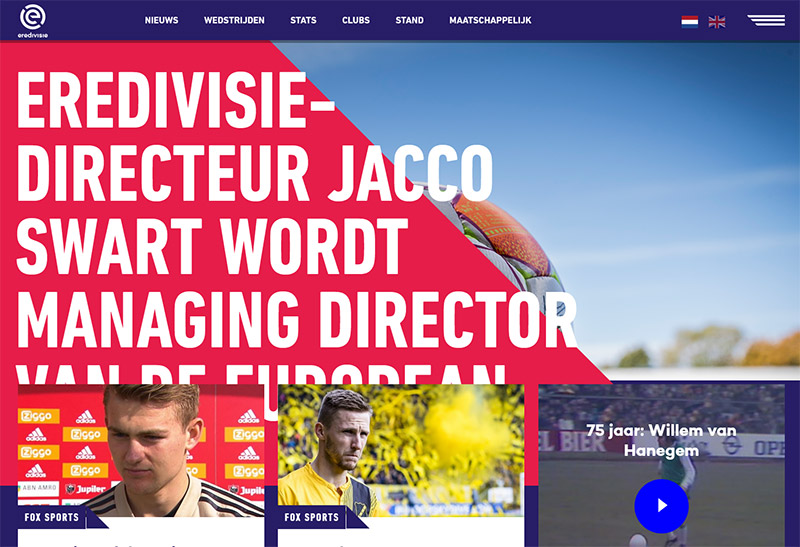 In The Netherlands, that means the Eredivisie (Honor Division), which is the highest level in the country. The league has been around since 1956 and it consists of 18 clubs that play twice a season, with the worst club relegated down a level.

Eredivisie is partnered with Fox Sports Eredivisie and NOS for its broadcasts and highlights.

But neither of those networks is active outside of The Netherlands, which means if you are an ex-pat living abroad or simply a big soccer fan, you won’t be seeing any matches any time soon.

That is, unless you acquire and utilize a virtual private network (VPN). VPN technology is able to circumvent geo-location security protocol to make it appear your Internet requests are coming from the country of origin.

How a VPN works

A VPN allows you to watch Eredivisie league games from outside The Netherlands. The VPN client is downloaded to your computer. When you open a new connection, it will focus on binding your device to that of a remote server in a different country, the Netherlands in this case.

When you make requests to view Eredivise’s website, those requests go through the encrypted tunnel to the remote server in Holland. The remote server generates a new IP address for your connection and sends your request on to the Internet.

The security protocol reads your new IP address and allows you through to stream to your heart’s continent. All streaming content returns to your computer via the encrypted tunnel before getting decrypted at your end.

Private Internet Access (PIA) VPN is based in the United States, but don’t fret. It has great security policies including a tight no-logs policy that makes sure it doesn’t keep sensitive user data. It has a kill switch, leak protection, a SOCKS5 proxy, and more.

It has more than 3,000 servers to choose from and is a great VPN for Windows users. It gets good speeds, which are essential when watching any sporting event and it can connect with up to five devices at any one time, meaning you can have it on all around the house if need be.

Even though it’s based in the US, Private Internet Access has never had any legal issues.

VyprVPN is another strong candidate for streaming Eredivisie league games. Based in Netherlands, it has one of the best security packages around, ensuring you won’t get disconnected when streaming your favorite soccer team’s matches.

There’s 256-bit AES encryption along with zero-knowledge DNS so there are no logs of where you’ve been. VyprVPN has an extra layer of protection when you are browsing.

It has great encryption capabilities and can support Chameleon, PPTP, L2TP/IPsec, and OpenVPN. It adds its own creation, a firewall, for extra layers of security.

HMA VPN is more than just a clever name. It has a lot of servers in offbeat locations to give you a better chance of finding somewhere off the beaten path.

HMA has supreme confidence in its own abilities and therefore does not include a kill switch or log recording. It does have very fast speeds, a 30-day money-back guarantee to make sure it is the best purchase for you.

It supports OpenVPN and IPsec encryption and has a very highly praised, easy to use interface and desktop. That’s a big deal when you’re new to the world of VPNs. Novice users don’t need a lot of bells and whistles confusing them when all they want is to connect to a server in The Netherlands and watch their favorite side play football.