Batter up! Watch any MLB and NPB baseball game from The Netherlands 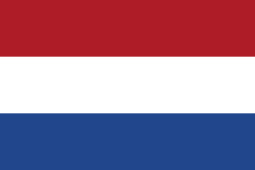 When one thinks of great baseball players and their home countries, The Netherlands isn’t always the first off the tip of the tongue. The US, Puerto Rico, Cuba, Venezuela, and Japan usually top that list.

But the Dutch lover their baseball with a passion, and have lived and died with homegrown legends like Bert Blyleven and Didi Gregorius, who have played the game at the highest level.

The Amsterdam-born Gregorius is from one of the best athletic families in the country. His father played for the Amsterdam Pirates, his mother was on the Dutch national softball team, and both his grandfather and his older brother both played as well. Gregorius is beginning his ninth season in Major League Baseball (MLB) and plays for the New York Yankees.

Blyleven is the only native of the Netherlands in the Baseball Hall of Fame. He was inducted in 2011 after pitching for 23 years in the majors for five teams. He won two World Series titles and pitched a no-hitter in 1977.

Seeing Gregorius’ Yankees play, or watching Blyleven broadcast games for the Minnesota Twins can be difficult for residents of the Netherlands because of regional restrictions and geo-blocking.

Things are just as tough for trying to watch Japan’s Nippon Professional Baseball (NPB) league from the Netherlands. There are lots of different apps for watching baseball, but all require an IP address from the United States or Japan. Both pro baseball leagues are fiercely territorial about their broadcast rights because of the enormous television contracts they sign.

Getting the Right IP Address

The Netherlands might feel far away from the US and Japan, but you can feel like you’re in either country to watch baseball when you make use of a virtual private network (VPNs).

VPNs were originally used to encrypt data for companies and individuals set up away from their home networks. The VPN would open an encrypted connection between the user’s computer and a remote server in another location, then upload/download files to other locations using an IP address generated by the remote server.

Baseball fans in The Netherlands can use this same technology to acquire an IP address from the US or Japan. By downloading a VPN client and paying the monthly usage fee, you can connect to a remote server in Japan or the US and make it appear you are located in one of those countries when you want to go online and watch baseball.

Some apps are free but some cost money when you want to watch MLB or NPB games. The details of some of the service are listed below. 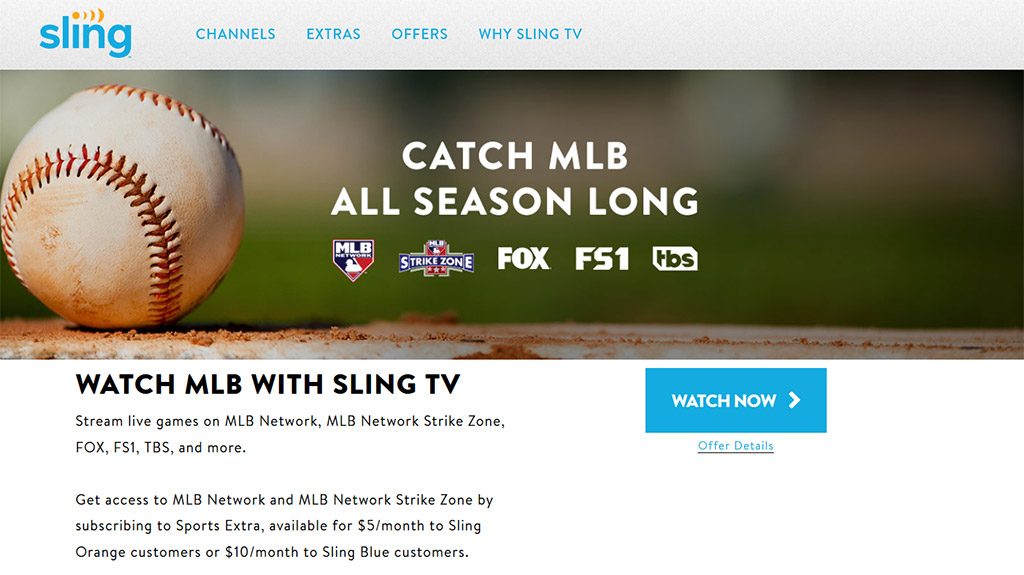 Sling lets you watch MLB games on stations like ESPN, Fox, and TBS. There is a free 7-day trial or you can subscribe for a month by using a VPN to get a US IP address and signing up at https://www.sling.com. Make sure you request Sling Orange + Sling Blue. 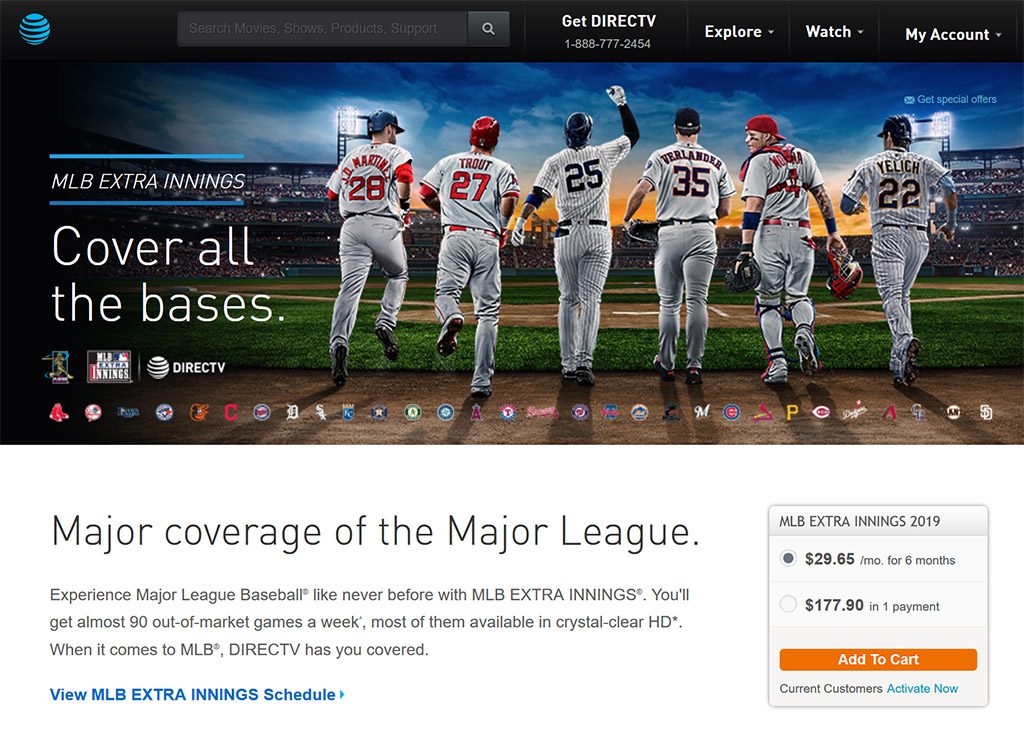 You can watch ESPN, TBS, Fox, and the MLB Network with a DirecTV subscription, which runs about US$45/month.

It’s also available for US$35/month without the MLB Network. To access it, you must use a VPN to access a US server to convince the DirecTV website 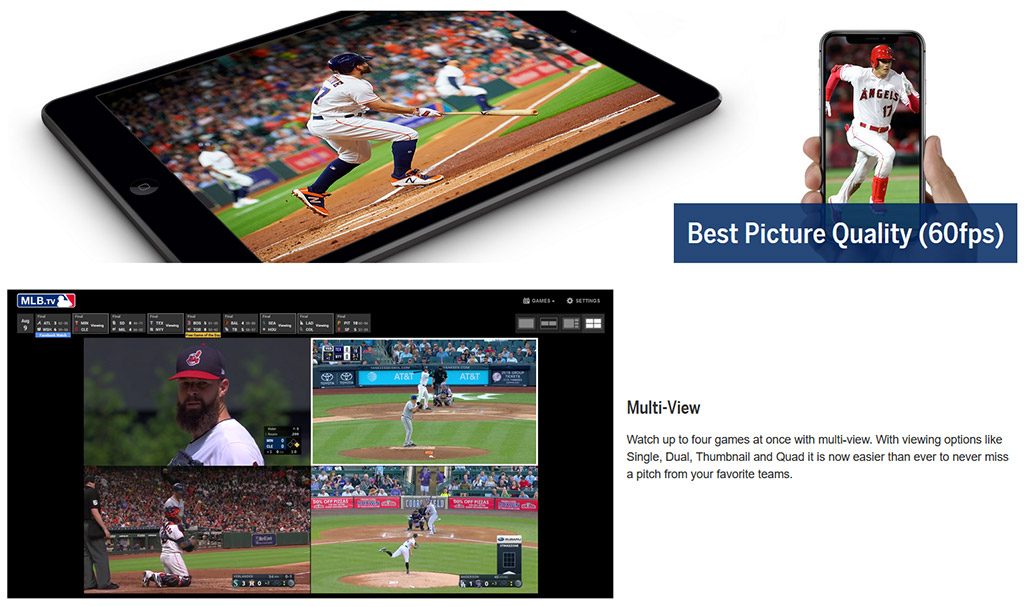 MLB.TV is the best way to watch Major League Baseball games. It costs US$25/month of US$116/ year.

As long as you connect to a VPN server in a country that has a license with the sport. 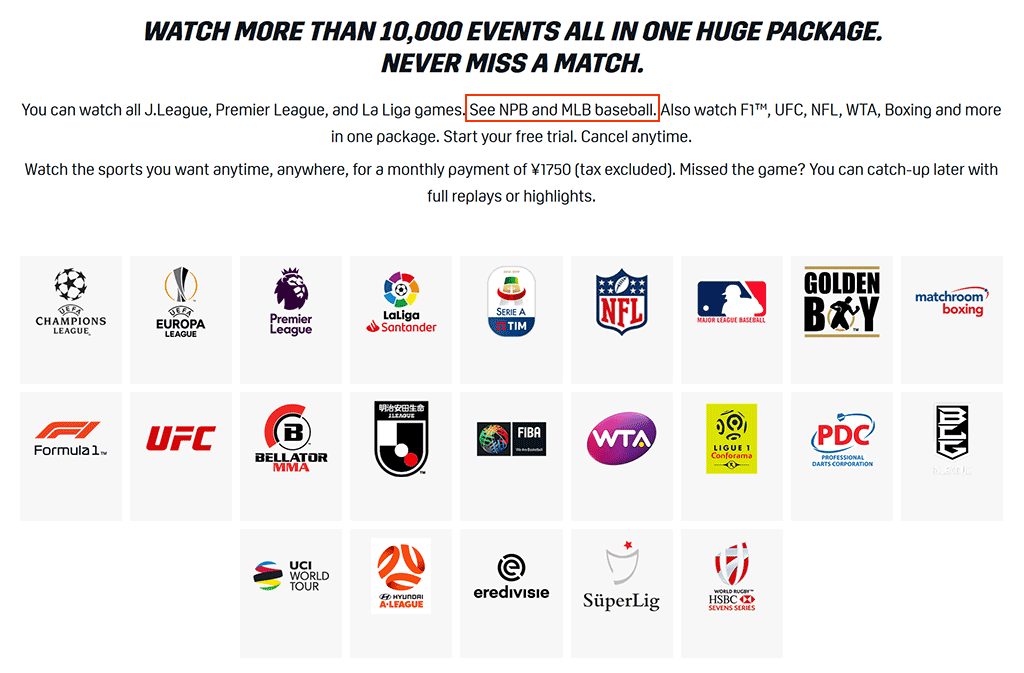 DAZN Japan recently acquired the Nippon Baseball League and will be broadcast by DAZN Japan.

In order to access this channel, use a VPN client to find a Japanese server and secure your IP address.

Best VPNs for Streaming Baseball in the Netherlands

SaferVPN has great security to keep you online and keep your information private.

It also has a solid 760 servers spread across 35 countries, promising a diversity of places to connect and solid speeds along the way.

Trust.Zone VPN has impressive speed, impressive bandwidth and does not participate in logging which means you’ll be safe no matter where you travel online.

Its kill switch is a solid security contribution, but don’t expect a lot from customer service; it’s only available as an email service.

IPVanish VPN works like a charm everywhere but China, but that’s not a concern for baseball fans. It is based in the United States, which means there are tons of local servers available for streaming MLB.

It also has a healthy supply of applications for other platforms beyond the normal WIndows and iOS. It also covers Android, Linux, Fire TV, and Kodi.