Why You Should Avoid Hola – And the Top Free Alternatives

Published by Thalia Oosthuizen on August 12, 2018

Not to sound like an alarmist, but from a privacy standpoint, using Hola VPN is about as effective as inviting hackers into your home and giving them all your passwords.

Hola tried to build a different kind of VPN, without servers and security protocols and instead attempted to use a system that was similar to the BitTorrent. The idea behind the P2P (peer-to-peer) system was for users to connect to IP addresses from users around the globe, and tap into their bandwidth and bypass geo blocks. However, its P2P system has brought a lot of controversy among its users and the media. Hola has come under fire recently for the following reasons: 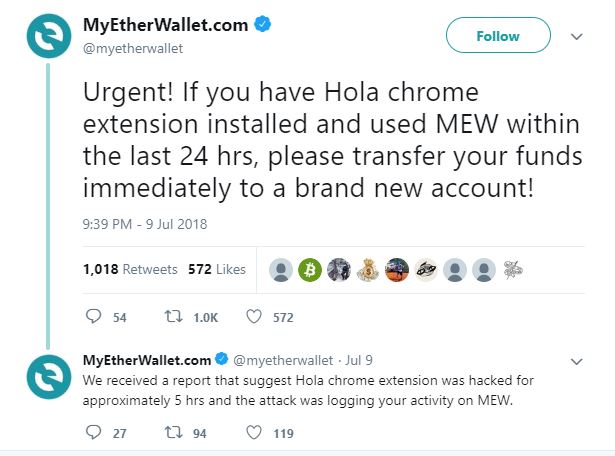 The above reasons are more than enough to have moved Hola to be on our do-not-use lists.

The price, or lack thereof, is one of the main reasons that so many people use Hola. Despite the security risks of free VPNs, there are a few decent ones out there that we can recommend you use instead of Hola.

!NordVPN: Not free but worth it:

Although Nord isn’t free, they do offer a 30-day money back guarantee, which can help someone out of they have a short-term need for a VPN. They offer top quality encryption with 4.000+ servers in over 60 countries. They can consistently bypass the Netflix VPN ban, access the uncensored internet in China and Russia and can easily bypass a school or work firewall. They maintain a strict no log policy, includes a kill switch, malware and ad blocker (CyberSec) and allows for six devices to connect simultaneously. This is the best option for anyone looking to stream or torrent anonymously.

Reliable, simple to use, high connection speeds and 256- bit encryption.

A free option of 500MB per month is available for general browsing. TunnelBear has more servers than 20 countries, which is better than most free VPNs can say. It is very user-friendly and has provides stable connection. There is a strict no-logs policy to ensure your data remains anonymous. TunnelBear can be used on up to 5 devices allowing you to protect various devices under one account.

Windscribe’s free VPN comes with 10GB of data per month, this much higher than most free services.  They have solid security, strong ad blocker and a strict no logs policy. Apps for all major platforms are available. One of the nicest and most convenient features of Windscribe is its cruise control feature which automatically pick the best server location for you.

Hide.me offers high connection speeds and has apps for the major platforms. It supports L2TP, SSTP, IPSec, and PPTP. Hide.me gives you 2GB per month, which is a bit lower than some, but is more than enough for general use. It also boasts a strict no-logs policy for your safety. Sadly, it only has 3 servers available with the free package. You are also allowed only 1 connection with the free package, but the ease of use and security features redeem the negatives of this VPN.

Many free VPNs are known to infect devices with harmful malware, sell your information to third-parties, don’t encrypt your data, and don’t block ads and pop-ups. The main reason people use VPNs is to protect and secure their data; and this purpose is often compromised with free VPNs. This is why it is vital to select the right VPN.

Like the well-known proverb says – you get what you pay for. This is normally true for free VPNs. When you use a reputable, paid VPN you can trust that the your data will remain private, and not sold off to the highest bidder or government agencies.

Unfortunately, this is the not what most free VPNs do.

Choosing the best free VPN can be really difficult because there are many available to choose from. Many make promises that are not able to deliver, so by using one of the recommendations above, you can protect your data and anonymity without worrying if your device will be hacked or compromised. Of course, if you can spare a few dollars every month, we highly recommend for you to try NordVPN, which offers excellent security and privacy features.