Can’t Find Reddit in Turkey? Break the Block with this Hack!

When it comes to getting censored by countries outside of the USA, Reddit.com pretty much takes the cake. Officially billed as a “discussion, social news aggregation, and web content rating site, this hodge-podge of technology was founded in 2005 and is valued at around $2 billion. 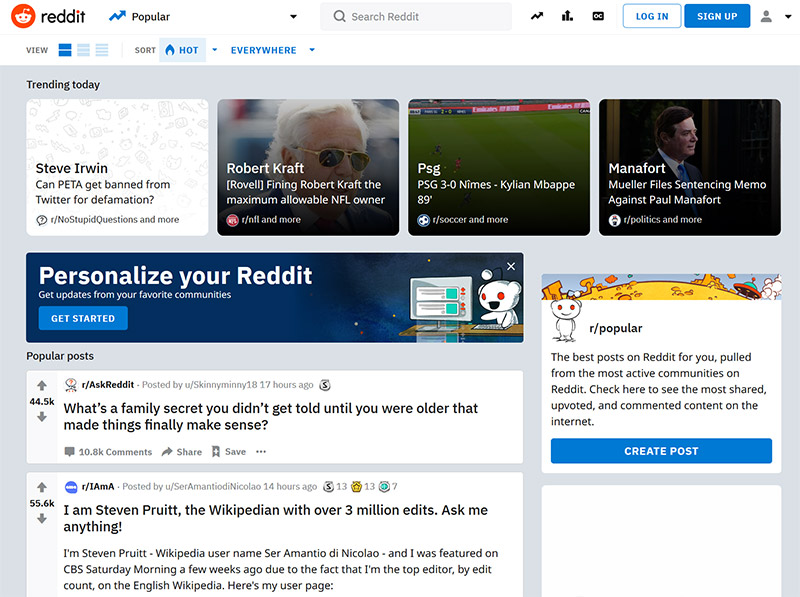 Registered members can discuss pretty much any topic on earth from sports to entertainment to science, fitness, good, and image sharing and add in links to pictures, movies, or text resources. It is a bastion of free speech, even when that speech blurs social/moral lines and has about 542 million monthly visitors.

Not surprisingly, that much freedom of speech and the right to post and view whatever one wishes does not sit well with Turkey’s Telecommunication Authority, which blocked access entirely to Reddit in November 2015. It was a banner year of censorship for Turkey, which had previously blocked Twitter, YouTube, Facebook, and WordPress the same year.

If you’re loving, working, or traveling in Turkey, you’re only chance to view Reddit is by using a virtual private network (VPN).

Due to its heavy-handed censorship, Turkey is one of the top 10 markets for VPN users in the world. It ranks third in the world in VPN usage (32%) trailing only Indonesia (38%) and India (38%) in proliferation.

Tips when Researching a VPN

VyprVPN born in Switzerland in 2010, allows up to five devices per license and has extensive security protocol in place to keep you safe.

Using 256-bit AES encryption and zero-knowledge DNS ensure that you won’t get caught using Reddit illegally by Turkish authorities, and VyprVPN’s own NAT firewall adds an extra layer of security to keep unwanted visitors out of your connection.

While some companies offer more than one package where only the upper echelon gets all the perks, VyprVPN give away the farm to everyone with unlimited bandwidth and no throttling on upload or download speeds.

SaferVPN lives up to its name starting with a strict no-logs policy born out of its home territory of Israel. A kill switch is also included along with a lot of support for various encryption protocol including PPTP, L2TP/IPSec, IKEv2, and OpenVPN.

SaferVPN is a bit limited on the number of countries it services – just 35 – but it has more than 760 servers, which is healthy enough. It’s a good VPN for USA Netflix and has a 30-day money-back guarantee.

Trust.Zone VPN couples affordability with dependability to make a consistent product for novice or new users in the VPN world. It has a solitary kill switch, but that’s about it for big-time security.

It has a very basic easy to use layout and a free 10-day money-back guarantee. Trust.Zone isn’t going to be your go-to site for getting into Netflix or streaming content flawlessly, but for a job like viewing the largely text-based Reddit in Russia, Trust.Zone is the perfect fit for the job.

It has servers in more than 30 countries to give you flexibility around the globe.