Wikipedia is about as democratic as websites come. Anyone can edit information about any subject, their edits are approved by an objective group with the purpose of delivering as close to a 360-degree non-bias view of every subject on earth as possible.

That’s the sort of website that goes in direct opposition with the kind of censorship practiced by China’s government, which makes it no surprise that Wikipedia is on China’s rather extensive group of banned websites. 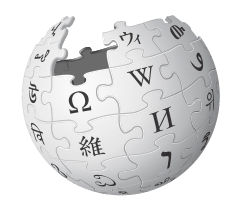 Wikipedia came online in 2001, although those early days often found exaggerated versions of the truth on a number of different subjects as the website came up to speed. In June 2004, China blocked the site for a span of 19 days. The ban came in the time around the 15th anniversary of the 1989 Tiananmen Square protests in Beijing. Led by students, the protests were put down with extreme prejudice by China’s military forces using machine guns, tanks, and armored transports. The casualty total is reported as anywhere from as small as 180 to more than 10,0000. The website was blocked again in September 2004 and October 2005, but over time certain areas became active again.

A couple of years later, the Chinese site was blocked, then in late 2015 the whole site was made off limits to Chinese residents. The reason is fairly obvious; China’s government wants 100% control of its citizens’ knowledge of world events. By the same token, every computer in the country is controlled by the government’s ‘Great Firewall of China’ that can shut websites or every connection possible down in the blink of an eye.

In April 2017, the Chinese government announced it is employing more than 20,000 scholars to construct its own version of Wikipedia. The writers are taking the third version of the Chinese Encyclopaedia online. Academics from universities and research institutes are writing more than 300,000 entries, each around 1,000 words in length.

The editor-in-chief of the Encyclopaedia calls it “not a book, but a Great Wall of Culture,” which skeptics find hard to believe given the media censorship practiced there.

The VPN Workaround to Wikipedia in China

When you try to access parts of Wikipedia in China or search for certain terms, your Internet connection will be severed. As long as you are inside the borders of China, this will continue to be the case. The only way to safely access Wikipedia from inside China is to make the Chinese firewall believe you are no longer there.

That can only be done by employing a Virtual Private Network (VPN). A VPN is a secure connection that creates a network between your computer and one located outside of the country you are currently in. China also bans several VPN sites, so you may consider getting one before you visit the country. Some are also able to comply with China’s security measures or avoid attention.

Once you’ve downloaded a VPN and opened up its client, choose a server to connect to that is not inside of China. Because you are going to be sending information back and forth across several connections, you should consider latency a factor in where you are connecting. Latency refers to how physically far a signal has to travel back and forth. The farther it travels, the slower the connection. If you can possibly connect to a remote server somewhere else in Asia, you can save a lot of time.

How does a VPN work?
By enacting  a secure “tunnel” between your computer and the remote server you’re connected to outside of the restricted area. The tunnel allows your Internet requests to be shielded from third-parties like your ISP, meaning they can see that you are using the Internet, but what you are accessing.

Imagine a car travelling between cities. When it goes through a covered bridge or a tunnel, a helicopter in the sky knows that it’s inside the tunnel, but can’t see what color the car is or how many passengers are in it. The information is encrypted at your computer, sent through the connection, and downloaded at the remote server’s location. From there, your information is given a new IP address and sent on to the Internet. When the website sends information back, it is encrypted at the remote server, sent back through the VPN to you, and decrypted to your computer.

When it comes to accessing Wikipedia in China, you need a quality VPN to give you security and speed.

Private VPN has 2048-bit encryption, an automatic kill switch, and a no-logs policy.

ExpressVPN opts for high speeds as its calling card, with servers in more than 94 countries.

NordVPN is often regarded as the top overall VPN, with more than 4,400 servers in 60 countries, AE 256-bit encryptions and a kill switch.