Hotspot Shield is one of the best-known VPNs around, but is it the best? We take a look at the best VPN alternatives on the market today. 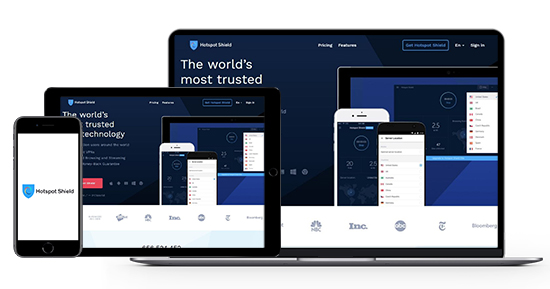 While Hotspot Shield VPN is a popular VPN provider, there are several other excellent alternatives available on the VPN market. Many of these options offer greater privacy and protection, along with a variety of other features.

Hotspot Shield isn’t a bad VPN, but it’s not quite on par with some of the others. It’s logging policy is a little questionable, there’s a lack of hi-resolution streaming support, and its P2P servers are often overcrowded.

Therefore, we’ve hunted out the best VPN alternatives to Hotspot Shield, which will not only help you bypass restrictions but will improve your security at the same time.

ExpressVPN is one of the best-performing and more secure alternatives to Hotspot Shield. This VPN provider offers more than 2,000 servers in over 140 cities across 94 countries. They also allow up to five simultaneous connections on a single account.

The service maintains a strict no logs policy and is based in the British Virgin Islands, adding more privacy and security for users. ExpressVPN uses AES-256-CBC encryption, and provides a kill switch, ability to bypass geo-blocks, split tunneling, and DNS/IPv6 leak protection.

ExpressVPN is available for a variety of operating systems, browsers, and devices as well. The provider also accepts many different types of payment, including credit cards, Bitcoin, PayPal, and others. In addition to all of this, a 30-day money-back guarantee is offered.

More than 5,000 VPN servers are available to users in over 60 countries, making NordVPN possibly the fastest and most versatile VPN on the market. It can also bypass geo-blocks and offers up to six simultaneous connections with one account.

CyberGhost VPN seems to have quickly risen through the ranks of VPN providers, and offers an array of benefits that let users bypass censorship and gain a high level of online security.

This VPN provider maintains a policy of no logging and offers security features such as IP and DNS leak protection, an automatic kill switch, and 256-bit AES encryption.

CyberGhost offers a 30-day money-back guarantee, up to seven simultaneous connections, and more than 2,700 servers in over 55 countries.

If you want a free VPN alternative to Hotspot Shield, TunnelBear VPN may be the best option out there. As one of the more user-friendly VPNs available, it is often thought of as a great VPN for those who have never used one before.

While the design of TunnelBear may be a little on the cutesy side, don’t be fooled. TunnelBear is a serious VPN service, with servers in more than 20 countries. The VPN provider’s Vigilant Mode blocks any unsecured traffic if your VPN connection gets disrupted, and speeds are good, too.

Other features of TunnelBear’s free VPN service include AES 256-bit encryption, ability to connect up to five devices at one time, and 500MB of data. More data is available with the paid for plan, and the provider offers an extra 1GB for tweeting about TunnelBear.

While Hotspot Shield is a popular VPN service, there are many great, and possibly better, alternatives available.

All of the VPN providers above offer a great service with some of the best privacy features available. With all of them offering either a 30-day money-back guarantee or a free trail, why not try one out today?