3 Best VPNs for Snapchat in 2020 (Tested for Bypassing Firewalls) 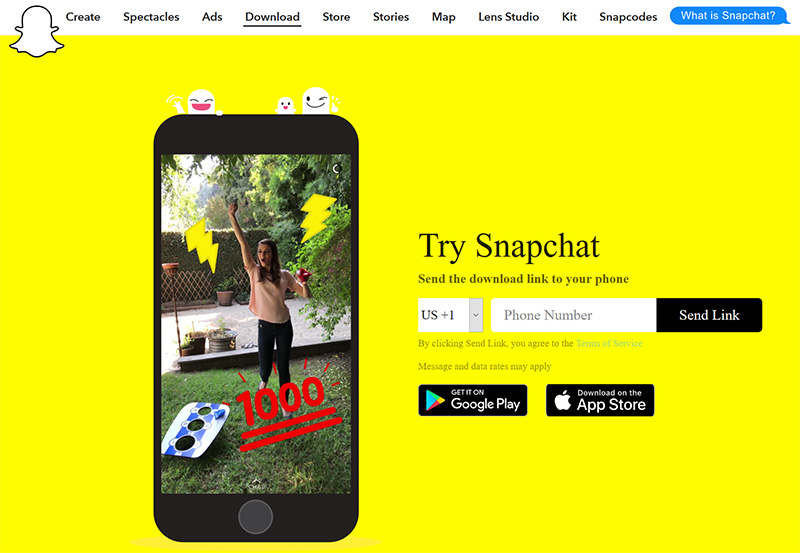 There are three reasons that you would want a VPN for Snapchat.

This means that you’ll need a VPN that is good at bypassing firewalls and will encrypt your data, making it nearly impossible for hackers to gain access.

Therefore, we wouldn’t recommend a free VPN, since they are usually pretty weak in those two areas.

Since the vast majority of Snapchat users are under 24, we focused our reviews on the less expensive VPNs that should fit within anyone’s budget.

There are a few things you’ll want with a VPN for Snapchat. It should not restrict your speeds, so you can create, send, and watch video snaps. A low quality VPN will make you suffer through slow loading videos, filters that take forever to load, and just a bad overall experience.

Another reason you need a quality VPN is that Snapchat may confuse a VPN connection with suspicious activity and temporarily block your account. We didn’t run into this problem while snapping with the VPNs listed below.

3Trust.Zone VPN – Use promo code SUPERSALE for an exclusive discount

It doesn’t take a tech savvy person to use the VPNs listed above. You don’t have to mess with the settings, just login and connect with one of the servers.

Whether you are trying to get around a school or work firewall or the Great Firewall of China the steps are the same.

So, Why is Snapchat Restricted?

Although Snapchat is considered an international social platform, it is blocked or unavailable in countries where social media sites, such as Facebook and Twitter, are banned.

Countries such as Turkey, North Korea, China, and Iran, have heavily restricted and even forbidden the use of this app as it fails to comply with government policies. However, the main reason for these restrictions and bans, is a concern that photo and video content may have hidden messages in them that could endanger or corrupt the citizens in these countries.

Snapchat is also often unavailable in most workplaces and schools as they implement restrictions and block the use of particular websites on their network using a web monitoring system. To work your way away this and unblock Snapchat and other apps on these public networks, keep reading.

Why You Need To Use A VPN with Snapchat

There are several reasons you should be using a VPN with Snapchat, but here are the top two:

By utilizing a VPN, you’ll be able to gain access to Snapchat, and all other websites and apps, no matter where you’re located. Your use of the app with never be restricted and you can ensure that your snap streaks never die.

Not only will you be able to access Snapchat from anywhere, but you’ll be able to do so safely when using a VPN. When you connect to any public Wi-Fi networks, you’re leaving yourself vulnerable to online attacks from hackers and cybercriminals.

With a VPN, you don’t ever need to worry about your data leaking and can sleep easy knowing that no prying eyes will be able to exploit your personal information.

By using one of the above VPN services, you can easily bypass any geo-blocks or restrictions that may apply to your location. This will allow you to share video content without worries.

Plus, a VPN offers you numerous other safety and security features that come in handy any time you access the internet.