Bypass Geo-Blocks and Watch ARD and ARD Mediathek Outside Germany

Take advantage of a Virtual Private Network (VPN) to bypass geo-blocks and improve your security.

ARD is a German-based media company and classed as one of the greatest public broadcasters in the world. They feature some of the best German channels, including Arte, Das Erste, and Einsfestival. 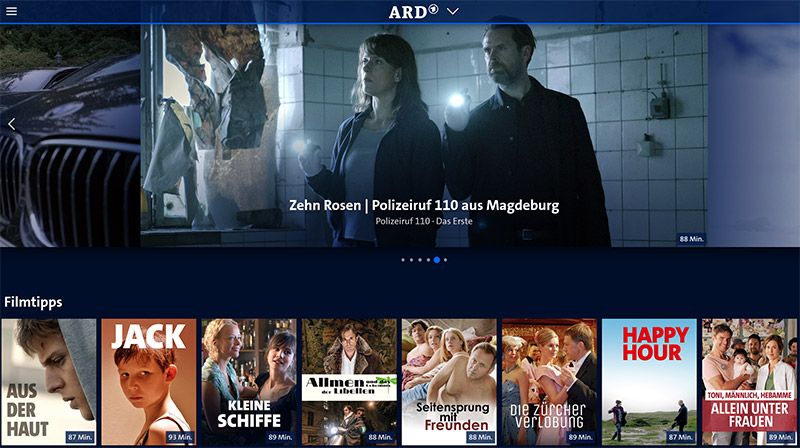 Not only do they air some of the best entertainment and cultural shows, but they also offer live sports programming. The downside to this is viewers outside of Germany can’t access this content. The best way around this problem is to sign up to a premium VPN service.

In this guide, we’ll discuss the ways to access ARD channels from outside the country and provide you with the best VPN services to choose from. It doesn’t take much effort to view your favorite TV shows, movies, and live sports from anywhere in the world.

If you are German but plan to travel abroad, you’ll have to use a VPN service to access ARD. Even if you aren’t German, you might find that you want to view their broadcasting. If you attempt to view it from outside the country, you will receive an error message. 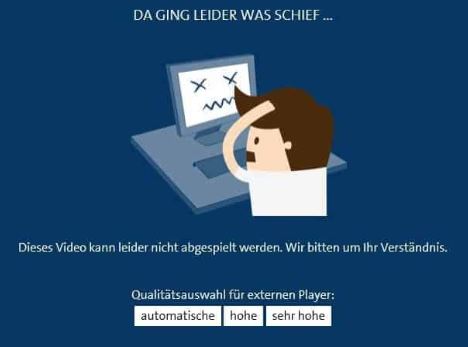 By utilizing a VPN service, you’ll trick the channel into believing you are located in Germany. Then, you won’t have to worry about restrictions in the future.

Here are the steps to take:

How to Pick a VPN Provider

The most important aspect is that they have German servers. Without them, you won’t be able to access ARD.

Then, you’ll want to find a provider that features blazing fast speeds. During the process of encryption, it’s natural to lose some of the bandwidth, but the best VPN services utilize top-notch technology to alleviate this.

The last thing you want is buffering while watching your programs, so make sure you take all of these points into account.

You should also look for a VPN that offers some sort of money-back guarantee. This gives you the time you need to ensure it works well for you. In addition, these time windows allow enough time to utilize the service while away on vacation, if that’s all you want it for.

Other Benefits of Having a VPN

Aside from accessing ARD, there are a lot of other benefits to using a VPN service.

ExpressVPN regularly makes the top of our list, especially for viewing ARD. That’s because they offer servers in four German locations, so it’s perfect for unblocking content. They also have some of the fastest speeds out of all the providers, making it ideal for streaming.

ExpressVPN offers one of the best customer service, so if you need any help there’s always someone available. With their simple to use interface, it’s unlikely you’ll run into trouble. The price of this VPN is higher than most, but well worth it when you consider the security and anonymity they provide. If you find you don’t like it, they offer a 30-day money-back guarantee so you have nothing to lose by trying it out before you buy.

NordVPN has more than 2,000 servers in Europe alone and almost 300 of them are in Germany. That gives you plenty of access to locations for your ARD viewing. You won’t have any trouble with the speed either because NordVPN prides themselves on being one of the best. If you want to unblock content from other areas, including BBC iPlayer or Netflix, NordVPN has worked out the restrictions on these popular sites as well.

They also provide military-grade encryption, CyberSec, and a Double VPN for maximum protection while online. The software is simple to use and they also offer top-notch customer service. Again, you’ll have access to a 30-day money-back guarantee just in case it isn’t what you were looking for.

CyberGhost VPN offers more than 500 servers in Germany right now, leaving you with plenty of options to watch ARD. Your IP address will remain hidden and you’ll have access to high-level security. Their easy-to-use apps also make it easy to take advantage of their service anytime you’re online.

Another perk to their service is the 45-day money-back guarantee. This is one of the longest trial periods in the industry and gives you plenty of time to decide if the service is right for you before committing.

Don’t Use a Free VPN

If you’ve looked into using a VPN before, then you will know that there are both paid for and free VPN providers.

We strongly advise you to avoid the free versions for a number of reasons. First of all, the majority of them can’t unblock access to ARD, either because of their limited resources or lack of server locations.

Aside from that, they also like to limit your bandwidth, so you won’t be able to stream for long, even if you do get online.

More importantly, they aren’t safe. They’ve been known to sell user information and even use client computers to attack others. Many of them outline their operation protocols in their privacy policy, but some do not so users have to be extremely careful.

When you want to watch ARD outside of Germany, the best way to do this is by taking advantage of a premium VPN provider.

With a premium VPN service, you’ll be able to bypass geo-blocks and improve your security at the same time. As an added benefit, you’ll also achieve complete anonymity online. It’s a win-win situation. 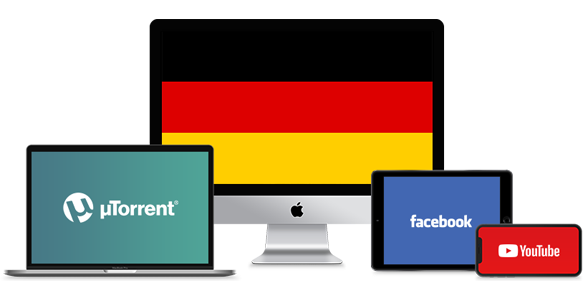