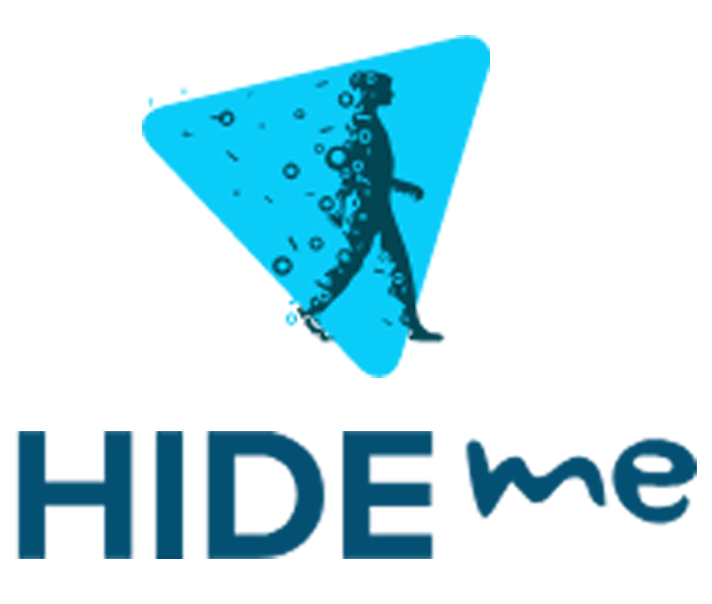 If you’ve read up on how global streaming services like Netflix offer different content depending on location and want to explore the alternatives, you can use a VPN to unblock restrictions regardless of where you are in the world.

Recently, Netflix has improved its process for identifying VPNs and blocking them, potentially including Hide.me.

In this article, we’ll discuss if Hide.me VPN does unblock Netflix, why Netflix blocks VPNs and proxies, and alternative VPNs that we’ve tried and tested and can guarantee will work.

What do Hide.me say?

After a quick chat with customer service, we were informed that they couldn’t guarantee that Netflix could be unblocked since they don’t have control of any third-party streaming services.

Basically, this means that if it doesn’t work, they don’t accept it as a fault. Hide.me recommended trying the VPN with whatever service we wanted to use to test compatibility. 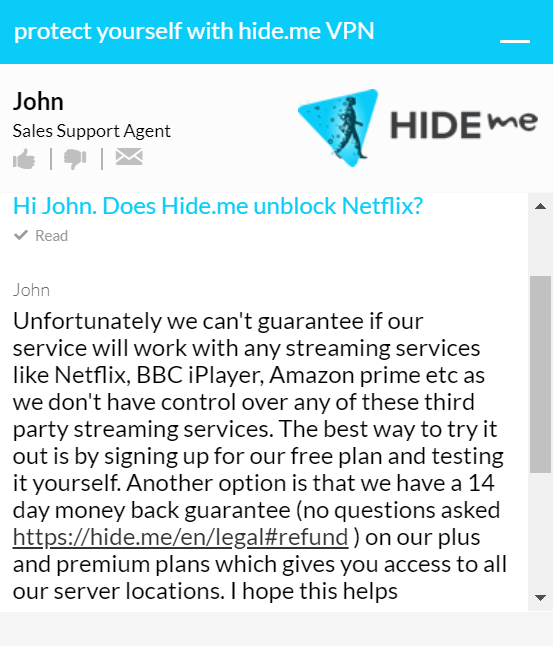 To test this, we downloaded the free version to try it out for ourselves.

After downloading the free version, we tried each available server. We were able to access the site with no problems but were unable to stream.

We connected to servers in the US, Canada, The Netherlands, and Singapore, and not one of them worked. After each test, we were met with the same error message. 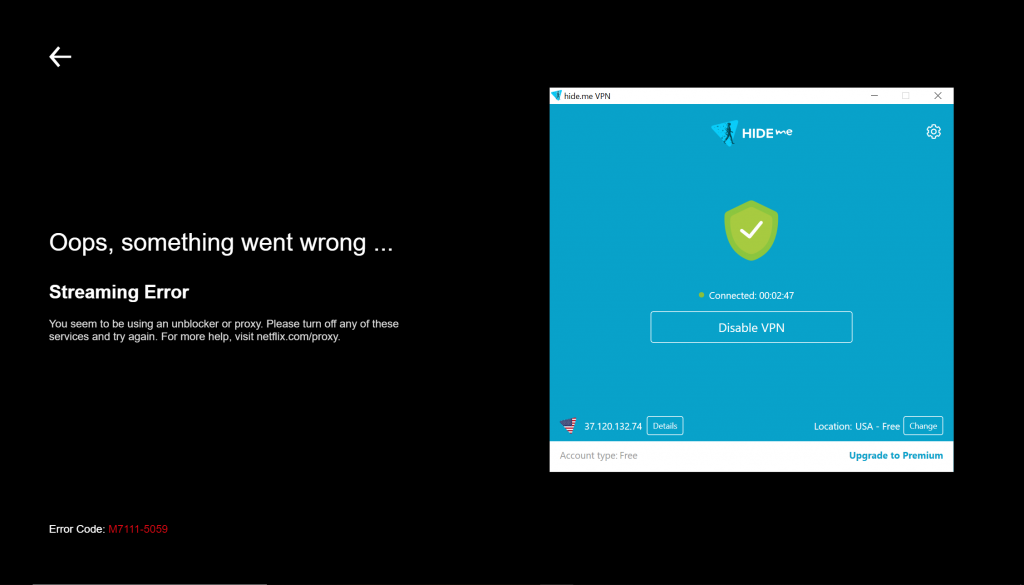 So, if you’re looking to use a VPN purely to unblock Netflix and other streaming sites, then you may want to look elsewhere. It seems Netflix has identified Hide.me servers and blocked them entirely.

Why Does Netflix Block VPNs?

Netflix is one of the most popular streaming services in the world, and for good reason. There are around 200 versions of the streaming service, and depending on which location you’re in, you’ll have a different viewing experience.

However, if you’ve moved or are traveling abroad, you won’t have access the same content that you would if you were in your home country.

The reason for this is because countries implement geo-restrictions to correspond with copyright regulations and individual censorship. Each country has laws regarding censorship and rates their shows differently, regarding specific content unfit for consumption.

As a result, shows such as The Haunting of Hill House will be blocked.

Hide.me’s performance is quite impressive when you eventually find a streaming site that worked. Fortunately, we experienced zero interruptions or buffering when watching movies and TV shows.

You’ll get the best speeds when you connect to “Best Location,” which finds the server you will have the most reliable connection.

We had no quality issues with the videos we streamed. There were no dips in quality, and the content streams at the maximum spec. Hide.me doesn’t sacrifice connection performance for better security, unlike many VPNs on the market.

Although unblocking Netflix using Hide.me is not possible, we decided to test other streaming sites to see whether they can also be unblocked using their servers.

First, we connected to a server in Canada and attempted to watch content on Popcornflix. Unfortunately, we weren’t able to stream and were met with the message; “Sorry, this content isn’t available in your country.” We even tried to Popcornflix on each available server and still had no luck.

Then we tried PutLocker. On this popular streaming site, we were able to stream content. 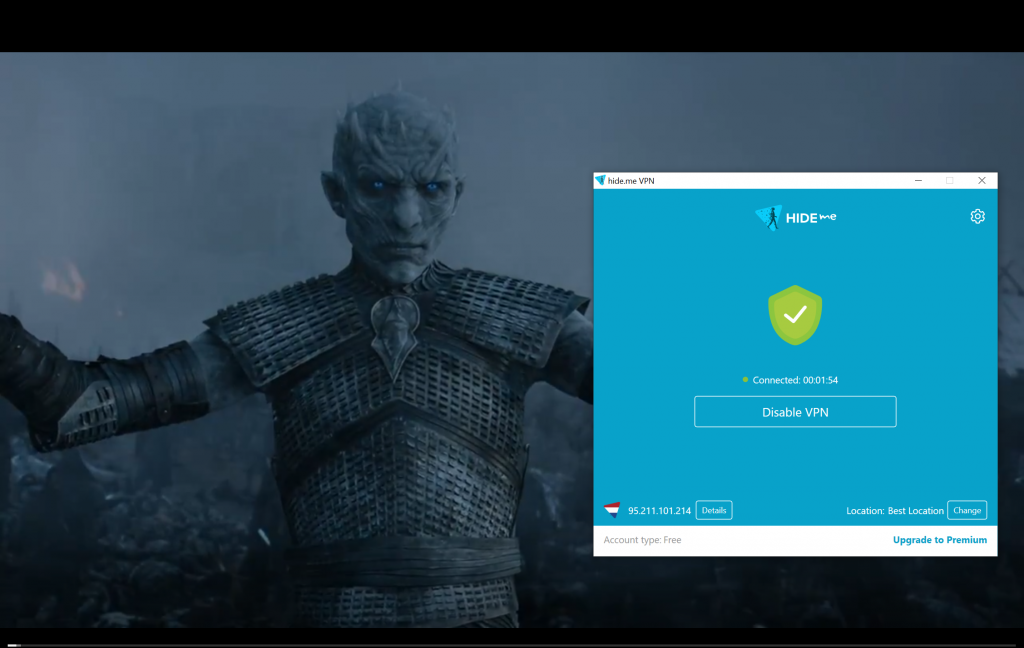 Overall, when it comes to unblocking streaming sites and watching your favorite content from around the world, Hide.me falls short. Despite speed and performance being great, it’s pointless if you can’t access the sites you want to watch.
If you’re going to watch Netflix and other streaming services like Amazon Prime, Hulu, and other, we recommend you choose a different VPN.

Three Alternatives to Hide.me That Work With Netflix

With global dedicated servers, ExpressVPN will provide you with the opportunity to stream your favorite content from anywhere in the world, including Netflix.

Over long and short distances, ExpressVPN’s performance has shown to be one of the fastest on the market. They also have a zero throttling policy so you can stream without interruptions, buffering, or loss of quality.

With the highest level of security, your device is protected from external threats like malware, ransomware, and viruses. Moreover, 256-bit encryption has never been breached.

NordVPN is unique with SmartPlay Technology which optimizes all servers for streaming, so you can unblock Netflix, and stream in high definition, without interruptions.

NordVPN security levels are second-to-none. They offer an AES 256-bit encryption used by major corporations like the US military and the NSA. Furthermore, they provide you with an automatic kill switch that cuts your internet connection if your VPN drops.

CyberGhosts offers an extra speed feature that can optimize your streaming experience. Also, the dedicated streaming section on their app means you don’t need to figure out how to navigate the VPN for too long.

Furthermore, with an extensive global server network, you can always find a way to stream your favorite content across a range of sites, including Netflix. 256-bit encryption, DNS and IP leak protection, and an automatic kill switch ensure your privacy and security.

In summary, although Hide.me VPN provides a secure and efficient VPN service which offers better online privacy and anonymity, it isn’t fully compatible with streaming services.

The server network is global, and while sufficient for geo-spoofing for local news coverage, broader YouTube coverage, etc., if you want to access global content libraries, you’ll be better off opting for a premium VPN alternative.