Take advantage of a VPN to bypass geo-restrictions and improve your security at the same time.

It is becoming increasingly more difficulty to access online content in Bangladesh, the authorities have strict internet laws and they monitor online activity.

In 2006, Bangladesh adopted the Information and Communication Technology (ICT) act. Under this act, government officials can monitor online activity. Police in Bangladesh can arrest those that they believe violate this act without obtaining warrants, and offenders can be incarcerated for between 7 to 14 years. 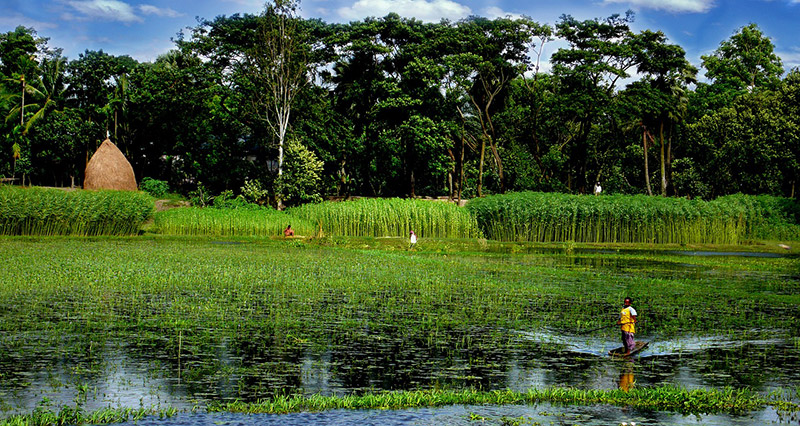 The ICT Act was enforced for the first time in 2013 when police used the law to justify the arrest of four bloggers who voiced their concerns over many social issues, including the rise of religious extremism. In 2015, Bangladesh saw an outbreak of violence associated with internet laws, where extremists targeted a large number of online bloggers, some with fatal consequences. That same year, police arrested the prominent journalist Probir Shikdar and internet censorship intensified.

A crackdown on the internet continued in 2016, 2017 and 2018 with 35 news websites blocked by the government. More than 300 people have so far been arrested, and bloggers, social media commentators, and journalists describe the current climate in Bangladesh as an “environment of fear and intimidation”, with many of them self-censoring to avoid prosecution.

If you plan on visiting Bangladesh anytime soon then you will understand why it’s extremely important to use a VPN to protect your anonymity and improve your security online. Read on to find out more.

Using a VPN in Bangladesh

To avoid prosecution, the use of a virtual private network, or VPN, may be the best way for a resident or visitor to access news and blogs in Bangladesh.

A VPN creates a secure connection to a server outside the restricted area. Web pages visited by someone using a VPN would show the IP address location of the tunneled server, not of their own computer. Ensuring anonymity and privacy online.

VPN service providers use an encrypted connection to block outside monitoring of their users. You can surf the internet without the worry of being caught or sanctioned for visiting ‘illegal’ sites, such as Facebook, WhatsApp, Viber, and Messenger.

Top five VPNs to use in Bangladesh.

ExpressVPN helps protect Bangladesh residents from outside monitoring. They use secure, military-grade 256-AES encryption to keep government officials from seeing what residents do, which sites they visit and what they say online. This VPN service provider maintains a no logs policy and one of the fastest connectivity speeds of all VPNs on the market.

It offers an automatic kill switch and easy to use software, making it the perfect choice for novice users. More advanced users may be frustrated by the limitations, but it will still be able to deliver most of what you need.

ExpressVPN has more than 2,000 servers in over 60 countries ensuring connectivity speeds remain high. Users interested in connecting in the United States to stream Netflix can choose from over 1,500 servers.

NordVPN has a “no log” retention policy meaning they won’t retain connectivity logs, activity logs, or even time-stamps of when you open their software.

NordVPN offers easy to configure settings. Novice users can install and begin using immediately, while more computer literate users can make changes as they desire. It also provides parental controls for families who want to restrict where their children can go online.

Families can use up to six devices simultaneously, eliminating the need for multiple accounts. For users who have more than six devices or devices that cannot connect to the VPN themselves, you can configure NordVPN for a Wi-Fi router. For set up, the router must support either, PPTP, L2TP, or OpenVPN as a “client” instead of “server.”

PureVPN uses military-grade 256-bit AES encryption to protect customers against hacking and spying. By default, users connect to OpenVPN, one of the most secure VPN protocols available. However, those who prefer PPTP or L2TP may change to one of those connections if they wish.

Along with their encryption protocols, PureVPN keeps no logs of users’ connectivity or online activity. Users can turn on the automatic kill switch protocol to block all internet connectivity in the event of connection loss.

PureVPN has over 750 servers in 141 countries worldwide. Their service allows for five simultaneous connections from a single account and operates on Windows, Mac, iOS, Linux, Android, and BlackBerry devices.

IPVanish VPN offers 750 servers in over 60 countries across the globe. They boast over 60,000 IP addresses for users to choose from to help ensure they get a fast connection. Users can switch servers as often as they like with no restrictions. There is also no restriction on bandwidth use when signed up to one of the subscription plans.

Privacy is high on their priority list with OpenVPN, PPTP, and L2TP connection protocols available. They have a strict no logs policy which keeps government entities from demanding usage and connectivity logs of their customers. All of this is protected with military-grade 256-bit AES encryption.

One account allows for up to ten simultaneous connections, and they offer applications for Android, iOS, Mac, and Windows users.

CyberGhost VPN customers receive state-of-the-art protection with 256-bit AES encryption. As with most companies, they offer a no logs retention guarantee to keep all online activity safe from prying eyes. This VPN also offers an added Malware blocker to keep popups from loading, which may contain malicious software and infect your computer.

CyberGhost has over 2,000 servers in over 60 countries worldwide. They offer software for Android, iOS, Mac, and Windows. They also offer browser plugins for Chrome and Firefox. Using the browser plugins instead of the software, however, tends to restrict streaming services.

Users interested in watching their favorite Netflix shows will do better to turn off the browser plugin and install CyberGhost’s software instead.

Not all VPN services work for every user, so it’s advisable to take your time to work out which one is the best option for you. Many VPN providers offer limited free trial periods or money-back guarantees, so take advantage of these grace periods to really test them out.

If you are not satisfied with one service, don’t be discouraged because a different provider may meet your needs. We recommend taking advantage of a VPN at all times, not only to bypass geo-restrictions but to improve your security at the same time.