In a classic contest between parents and kids, the grownups scored a victory in May 2018 when the massive multiplayer online role-playing game (MMORPG) Roblox was banned by UAE’s government as part of a crackdown on inappropriate material for kids. 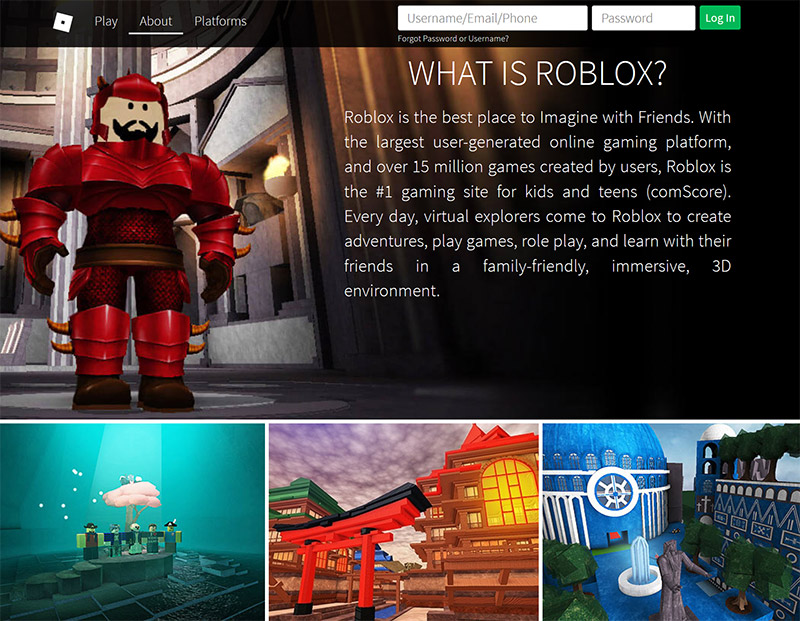 Roblox is a multiplayer game in which users can design their own characters and their own games and play those games. Player avatars resemble Lego-like blocks and by September 2018, there were 70 million active users on the platform.

Players can create, purchase, and sell virtual items and the Robux virtual currency can be redeemed for real-life money. Roblox was released in August of 2006, expanded to iOS in 2012, and to virtual reality in 2016.

Why is Roblox Considered Unsafe for Children?

Despite being targeted for children, Roblox is also played by millions of teenagers, young adults, and ordinary adults who enjoy the MMORPG setting.

Players are encouraged to interact and make friends. A chat filter exists to keep foul language out of the game, but this is made difficult by the sheer number of languages spoken by players in the game as well as the of slang, emojis, and acronyms that the filter does not pick up on.

Moreover, player avatars can be dressed in a number of costumes, but also undressed to give the effect. Engaging in “virtual sex” is a practice common in online games, including Roblox. Other children have been known to be “lured” into conversations on social media sites like Facebook and Snapchat by adults playing the game. In February 2017, the game was labeled unsafe for children ages 12 and under by American watchdog website Family Zone.

The ban in the UAE, announced by UAE Attorney General Dr. Hamad Al Shamsi, was met with considerable resistance by that nation’s youth, including some who were using the game as a money-making venture.

The ban came along with others against the website of an 18” doll called My Friend Cayla and CloudPets stuffed toys. Both of these toys, which interact with children, were apparently recording answers and have since suffered data breaches. Also banned were websites for “Blue Whale” and “Mariam” – the former a 50-day challenge that ends with a request for the user to kill themselves; the latter a fake search for a missing girl that asks the user to reveal lots of personal information.

Most UAE parents who were interviewed by various news media applauded the ban of Roblox, calling it a time waster and potentially dangerous.

Playing Roblox with a VPN

First and foremost, anyone under the age of 18 should have their parents’ permission to play any online game, including Roblox. With that said, there are legions of adults in UAE who were playing Roblox safely and legally before the ban who would like to play it again.

For those adults, the only safe choice is to use a virtual private network (VPN) to connect their computer to one outside the UAE’s jurisdiction.

A VPN created an encrypted tunnel before your computer and one outside the UAE. Sending information through that tunnel is shielded from your Internet Service Provider (ISP).

The remote computer decrypts your information, assigns it a non-UAE IP address and sends it on to the Roblox app or website allowing you to play from inside the UAE.

Step-by-step guide to playing Roblox with a VPN

Best VPNs for Roblox in UAE

SaferVPN is a very secure virtual private network which makes it a safe environment for laying Roblox. It has a kill switch and both DNS/IP protection involved.

It boasts more than 760 servers in more than 35 countries and has solid speeds.

HideMyAss VPN is fantastic no matter what platform you’re using, so whether you’re after a VPN for mobile, a VPN for a desktop, or even a VPN for Kodi, it’s got you covered.

It has more than 320 available locations so finding a safe haven outside UAE should not be a problem.

VyprVPN has an amazing 200,000 IP addresses spread across more than 70 countries, so there are even solutions for exotic countries.

Have confidence using VyprVPN as your VPN for India and other distant lands. It has a kill switch and DNS leak protection in place as well.