How to Stay Anonymous and Safe Online in Brazil in 2023

In 2017, Brazil passed a law restricting freedom of speech to its people online, specifically forbidding anonymous criticism of political candidates and elected officials on social media. On 5 October 2017 the Brazilian Congress approved legislation that would allow parties and candidates to demand that any offensive or defamatory content authored by anonymous people to be deleted.

The law states that social media have to provide the name, address, phone number, and even social security number of anonymous authors to keep their comments online, making online criticism more difficult a chore than actually registering to vote.

The legislation makes no mention of where social media sites would actually be sending all this information, suggesting the government is not expecting anyone to send all that information, only to remove it.

If you are active on social media in Brazil and want to keep your anonymity intact online, there is one surefire solution to keep you out of the eyes of any watchdogs lurking in comment boxes and across the likes of Facebook and Twitter.

This article covers the new legislation and what can be done to lower your risks when posting comments online in Brazil.

The New Law on Anonymous Commenting

Brazilian congressman Aureo, hailing from the Solidariedade party, introduced the bill, and told news agencies it was to empower online transparency.

“Freedom of expression is guaranteed, but it cannot be anonymous,” he said. 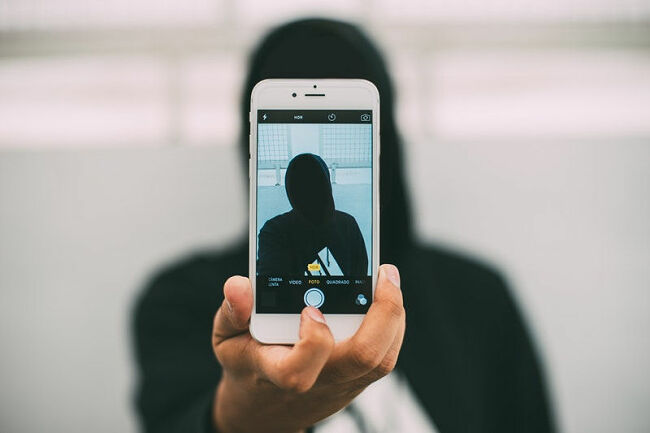 Brazilian newspapers, TV stations, radio stations, and magazines all spoke out against the new bill. These organizations all carry comment sections in their online news that are either anonymous or require just a username and email address to post. If comments become restricted to where all of users had to give full details about themselves, the desire to use those comments would wane considerably.

This would not only cost media consumers their freedom of speech, but it would also cripple those media sites’ web traffic, causing them to lose ad revenue and hurting their bottom line.

Media aren’t the only ones up in arms. Brazil’s director of the Institute of Technology and Society, Carlos Affonso Souza, said an interview, “That piece of legislation will transform candidates and parties and electoral judges, with powers to take out of the web any content they consider offensive to them.”

There is no clear set knowledge if Brazil’s social media outlets will take the legislation seriously. WhatsApp has notorious been a problem for Brazil’s government over the years, refusing to give up its metadata on Brazilians users, resulting in multiple bans.

The unspoken fear most citizens have about the new legislation is that if they do provide their full information, what’s to prevent the political parties would issuing some sort of backlash against them?

If you are a Brazilian citizen wishing to stay safe while posting political or any other kind of comments online, the best way to stay safe is to use a virtual private network (VPN) when you go online. A VPN client can be downloaded to the Internet device of your choice and used to browse anonymously without the risk of any third party seeing what you are sending or receiving from the Internet.

When activated the VPN client allows you to search for a server located outside of your home country. Once you’ve selected one, an encrypted connection is formed between you two computers. Any data you send or receive thought that is encrypted and cannot be viewed by outside parties.

When you request web pages and web sites, those requests are sent to the remote server. It in turn attaches an IP address representative of its own country to your request and sends them onto the Internet. When you begin viewing items or downloading information, it is first sent to the remote server, where it is encrypted, then sent to your machine via the encrypted tunnel. Your VPN client decrypts the information, clearing you to view it.

VPNs have built in security functions such as not keeping track of any logs saying where you have been on the Internet which would be crucial to defending yourself against the new Brazilian anonymous comments legislation.

If you are looking for a good choice for security among VPNs, consider PrivateVPN. It has as strict no-logs policy and 2048-bit encryption.

SaferVPN offers a kill switch and is based out of Israel which has very strong privacy laws in place to protect against tactics like the new Brazilian legislation.

IPVanish is also big on security, with more than 1,000 servers spread across 60 countries as well as 256-bit AES encryption.