How to Stream Chernobyl From Outside the US in 3 Steps

The only thing worse than having nothing to watch is having plenty to watch, but no way to watch it.

That’s often the case if you live outside the U.S., where many cannot watch U.S. content.

You’ve probably seen the error message that “HBO Now is not available outside the continental U.S. and outlying territories.”

Likewise, if you live somewhere that an oppressive government is trying to censor controversial content, you’ll need a bit of tech savvy to tune in.

Get a VPN. For a dollars a month you’ll be able to change your virtual location, to make it appear as if you’re in the US, and can, therefore, watch Chernobyl on HBO Now.

3 Steps to Watch Chernobyl on HBO NOW from Anywhere

The 3 Best VPNs to Watch Chernobyl on HBO NOW

ExpressVPN easily bypasses regional content restrictions access so you can enjoy all the parts of the online world that you couldn’t otherwise connect to.

Any VPN worth investing in will have state-of-the-art security protocols to keep you protected from online threats and data leaks. Cyberghost uses cutting-edge cybersecurity technology that rivals even the more expensive VPNs.

Why You Need a VPN to Watch Chernobyl Outside the US

Networks like HBO have ushered in a new Golden Era of premium television. Sopranos, Game of Thrones, The Wire, Westworld. It’s one of the best channels you can watch on the go, using HBO Now.

Unfortunately, for millions of people around the world, HBO (as well as most streaming sites) restrict viewers based on location. This means that if you’re outside the US you won’t be able to login to HBO Now and watch the first season of Chernobyl. The only way to bypass this restriction is to use a VPN so that it appears that you are in the US.

Another roadblock to watching Chernobyl is the Russian government who has been trying to put the kibosh on the new HBO series for fear it will make them look weak, incompetent or uncaring about their response to the most famous nuclear meltdown disaster in history. In fact, they are creating their own propaganda-ridden “patriotic” version to distract locals from HBO’s hit series. And they are doing their best to block Russian citizens from streaming HBO to watch it. 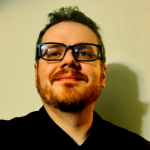