Want access to Spotify and SoundCloud? Here’s What You’re Missing!

Published by Brittany Hall on September 29, 2018

Music sharing providers like Spotify and SoundCloud have helped open up the world to passionate listeners of all genres. But these platforms aren’t available in every country due to restrictions of all sorts from copyright laws to limitations on regions and the ability to freely communicate.

Countries also block music providers based on the content they provide, which often falls under restrictions because of explicit language or themes of drug use, violence, or sexuality. If a preferred music sharing provider is not available in your current country, there are workarounds that can give you safe, secure access, however.

Spotify was launched in October 2008 and currently reaches 65 regions with its free and premium services. It became a publicly traded company in April 2018. However it is not available in Africa, Asia, or the Middle East. Some of this is because of a lack of relationship between Spotify and emerging countries’ governments, but censorship also plays a role. 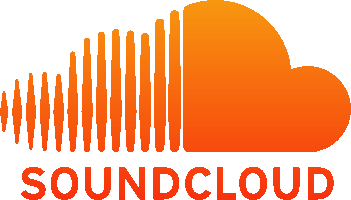 SoundCloud was founded in August 2007 in Stockholm, Sweden, and is headquartered in Berlin. In January 2014 it commenced negotiations with major record companies to take care of piracy and illegal sharing. Its API allows users to move files seamlessly to music production software platforms like GarageBand, Studio One, and Logic Pro. Its most popular feature is the mobile app SoundCloud Pulse which has had more than 100 million downloads since the end of 2016. SoundCloud has taken criticism and been banned in some countries for its allowing illegal and ill-gotten files to be included on its platform.

If you live in, or are travelling or working in a country where Spotify, Soundcloud, or any other music provider platform are not available, there are a few options you can use to access them.

The first is to use a proxy to work around any blocks or bans put in place by that country’s Internet provider or a governing organization A proxy server acts as a gateway between your machine and the Internet. The actual proxy server is located outside of your present environment, thus it does not fall under the same jurisdiction as whatever is causing the ban. Proxies take your information and reroute it through their own system to the Internet, and do the same when you pull information or download files.

The biggest problem with using proxies is that they are not anonymous. Your Internet Service Provider, any government Internet watchdog or anyone with mild-to-moderate hacker skills can observe what you are searching for, what websites you are visiting, and what you are downloading with little trouble.

Additionally, some proxies are automated and have built-in malware that is constantly gathering your information for use to sell to third parties or to simply use for their own purposes. Think how many times you’re inputting payment information, personal data, or sensitive material about friends, children, or loved ones into a website. The implications are scary.

The upgrade to a proxy is to use a Virtual Private Network (VPN) to get past geoblocks and bans to enjoy the websites of your choice. A VPN is like a proxy except that it focuses on security in several areas to give you the most secure, private connection experience possible. This is done by first downloading the client app of a VPN of your choice.

When you open the protocol to start a new connection, you select a remote server outside of your country’s jurisdiction. Ideally, you’d like to pick one fairly close to your geographic location to lower the latency time – the physical distance a signal travels from your computer to the remote server to the Internet and back. Once the connection is established, you can start keying requests for websites. The VPN connection encrypts these at your end and sends them through a “virtual tunnel” to the remote server where they are then decrypted. They cannot be seen from outside the connection by any third party, guaranteeing your safety and anonymity, and protecting you from any legal action.

Once decrypted, the information is given a masking IP number complicit with the country the remote server is in. It is then sent on to the Internet. As you download music to listen to or save, the signal flows back to the remote server, which encrypts it, sends it through the secure tunnel, and delivers it to your computer, where you can decrypt and enjoy.

Among strong considerations for VPN use for music provider platforms are ExpressVPN, NordVPN, and PrivateVPN.

ExpressVPN has unlimited bandwidth and free server switches to keep your connection humming for as long as you need it.

NordVPN has a proven track record for beating censored websites and geo blocks and has consistently high speeds.